Jackal has made a name for himself with his bone-rattling trap anthems such as “Chinchilla,” “Carbomb” and “Gunshot” but like most producers, his sound design continued to evolve as his career progressed. We first received a glimpse into the new chapter of his career with “Feel It” which was a fresh take on the bass offerings we’ve seen from him in the past. Well, the second release of his forthcoming EP being cut from the same cloth.

“Summer In Your Arms” is more of a mellow, emotionally driven tune featuring lush vocals from Josh Congress that encompassed everything he set out to do embarking on this new musical journey.

“I put my blood sweat and tears into this EP. Endorphins is more than just a collection of songs, it’s my first ever real cohesive project that I’ve worked on as an artist,” said Jackal. “It’s kind of a new direction for me but there’s still a lot of my Jackal sound in there.”

Listen to “Summer In Your Arms” below and be sure to grab your copy of his eclectic EP when it drops June 6th. 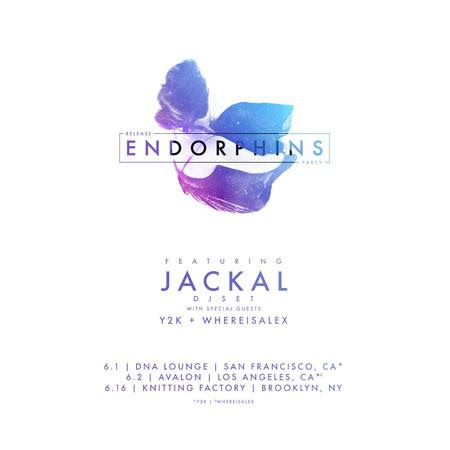