Bradley, Calif. – Nestled in Monterey County, approximately 200 miles from both Los Angeles and San Francisco, the Lightning in A Bottle campout festival took place in a pristine setting overlooking the San Antonio Recreation Area Lake this past May 24-29.

In addition to a full music slate, the festival’s terrific art installations were present throughout the festival and even the campgrounds themselves. Festivalgoers built dome-like structures that offered housing to renegade stages late at night. Also, the festival offered a multitude of activities, including lectures on environmental sustainability and sessions of yoga and meditation.

The music selection is just as diverse. Tunes were everywhere – whether it was Canadian electronic duo Bob Moses taking to the Lightning Stage or Berlin multi-instrumentalist Monolink playing guitar while DJing at The Woogie Stage. Stephen Bodzin also played a live set that was both mesmerizing and hypnotic before Christian Smith and Richie Hawtin spun some outstanding techno and tech-house. 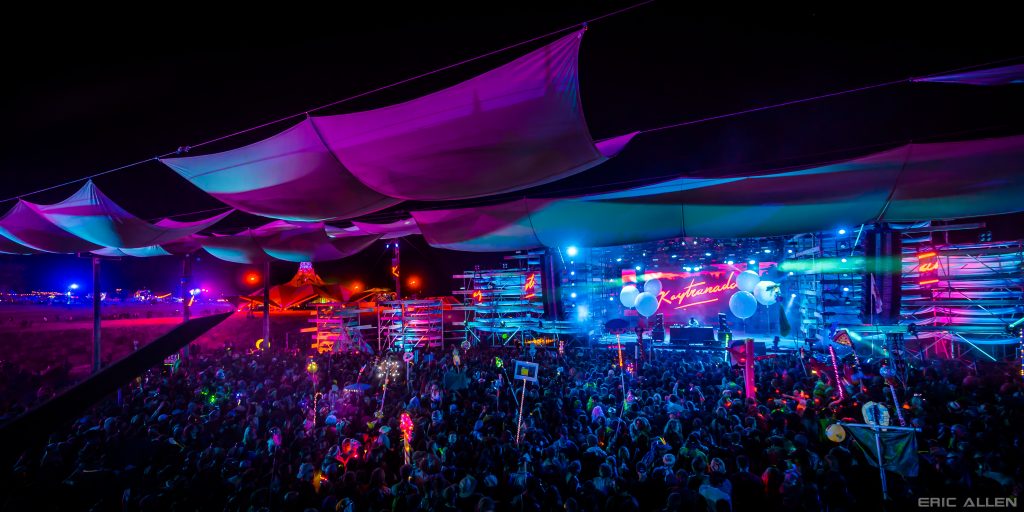 House maven Mark Farina also performed an impromptu set at The Compass stage, which had been previously setup for discussions and lectures. The intimate crowd was ecstatic to see Mark Farina play a Mushroom Jazz set. Farina also spun a set at the festival’s Brunch Royale.

Super early bird tickets for the next Lightning in a Bottle go on sale this Friday, June 10th. Sign up to LiB newsletter at http://lightninginabottle.org