Earlier this month, Dirtybird campers began to hear rumors of a possible East Coast campout taking place in Florida in 2018 which were later confirmed thanks to flyers sprinkled throughout the campgrounds of their most recent campout.

Well, we’re happy to announce it is now official; Dirtybird Campout will be making its East Coast debut in St. Cloud, Florida during February 2-4, 2018!

In addition to receiving phase one of the lineup for the inaugural event, they’ve announced Earlybird tickets will be going on sale November 4th at 11am EST.

Check out the complete phase one lineup below and be sure to visit http://east.dirtybirdcampout.com/ for more information. 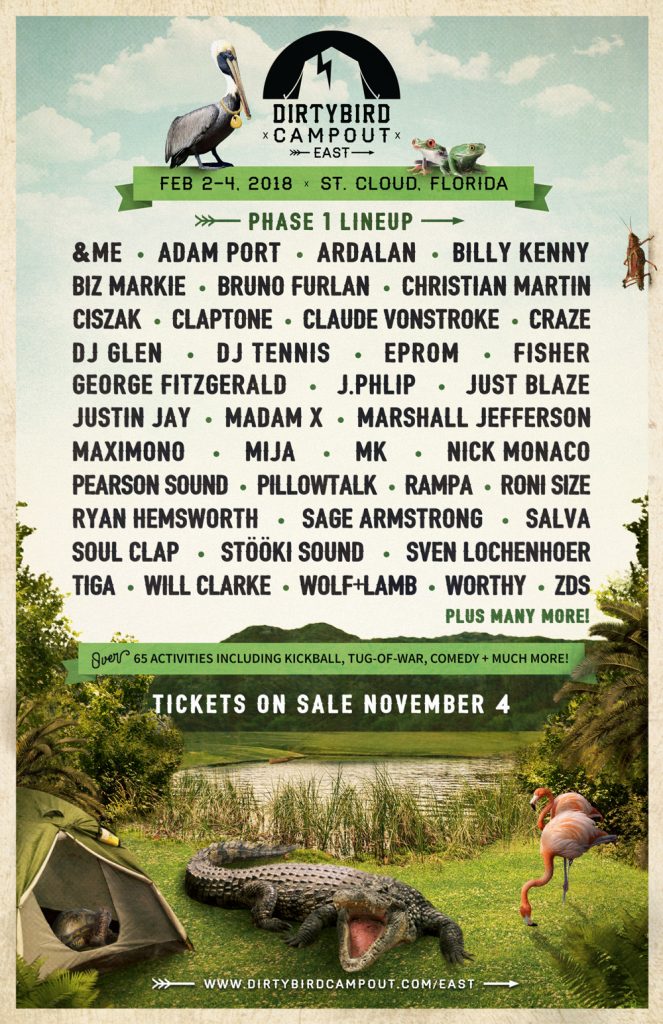