Bradley, Calif. – In addition to its amazing slate of music and group activities, this weekend’s Dirtybird Campout will include a new, socially conscious element that campers can enjoy, while also helping to raise funds for a great cause.

The 3rd annual event—set for Oct. 6-8 in Bradley, Calif.—will feature its recent partnership with Give a Beat, a non-profit organization that serves as a catalyst for social change by bridging global electronic dance music culture with youth and families impacted by incarceration – including music-related mentorship programs.

At the Campout, Give a Beat will conduct an interactive Giant Jenga game, which will see DJ/artists compete in a battle-royale tournament! Sponsored artists have already signed up to compete against each other and have raised money from their fans. The best part is that all money raised goes to support Give a Beat programs. The Giant Jenga games run from 2 to 6 p.m. on Saturday, Oct. 7.

After successfully rolling out this game at Movement Festival in Detroit with the likes of Tara Brooks and Walker & Royce having a blast playing the game, Give a Beat hopes to recreate the fun in the new Dirtybird setting. Artists like Claude VonStroke, Ardalan, Christian Martin, Cut Snake, Dances With White Girls, DJ Deeon, DJ E-Clyps, Don Rimini, J.Phlip, Justin Martin, Lux Groove, Mark Starr, Sirus Hood, Unicorn Fukr, Walker & Royce, Will Clarke, Wood Holly and more are already on board!

Funds raised are going toward Give a Beat’s mentoring program, which kicks off next month with a graphic design workshop in partnership with Project Kinship. They also plan to donate a percentage of proceeds to support families in Puerto Rico.

Partying while supporting a good cause makes people feel good in so many different ways. Dirtybird recognizes this and is taking a stand. Add your name to the list of festival-goers with purpose; Visit https://giveabeatjenga.com/schedule if you are interested in sponsoring a team at the 2017 Dirtybird Campout. 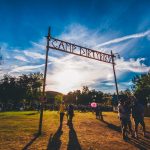