Since debuting with its 2008 self-titled album, Hercules & Love Affair has crafted a trademark sound injected with classic dancefloor aesthetics, filtered through a disco funhouse. As the brains and heart behind the entire H&LA operation, producer/DJ Andy Butler now broadens his sound and scope on Omnion (Atlantic), the group’s newly released full-length album.

The new album continues Butler’s artistic arch last heard on The Feast of the Broken Heart (2014), which explored issues like feminism and sexuality. Now, Butler ups the ante with Omnion, on which he bridges the dancefloor with global affairs and social issues like faith and religion (“Omnion”), the international refugee crisis (“Running”) and his own battle with addiction (“Fools Wear Crowns”). Still, the album is not all gloom and doom, as heard on standout track “Rejoice,” an upbeat celebration of life.

With Omnion, Butler fully flexes his skills behind the boards via complex, layered productions and sounds not commonly explored in electronic music, from horns and brass (“Omnion,” “Rejoice”) and orchestral strings (“Lies”). He even recruits an eight-piece girls’ choir on album closer “Epilogue.”

DJ Times: How much freedom do you give your vocalists on the songs?

Butler: It depends on the collaboration. I invite people in with no lyrical content beforehand, especially people who I know to be excellent lyricists. In the spirit of collaboration, get the most out of the person you’re working with. If you know someone is a great poet or someone’s great with words, you want to engage that talent that they have. I always come with the track; I’ve already started the writing process, [and] the structure of the song [is] generally already there when a vocalist enters into the picture. In terms of words being put to paper and words being sung and recorded, that process varies.

DJ Times: The H&LA band formations in the studio and on the stage are related, but are two different types of experiences. When you audition a singer, are you looking for someone to fit both scenarios?

Butler: I enjoy the process of songwriting first. The studio process, and the creative process of writing, is the thing that drives me most. The idea of the people I’m with onstage isn’t so much occurring to me in that moment when I’m being creative with them. I’ve been like that since the beginning; I wasn’t even thinking “live music” when the first record was made. Over the years, this live aspect to the whole thing became not only very real, but at moments, really powerful and really exciting. Now at this point, the performance aspect is significant.

Butler: I’ve maintained the kind of office that I had from Day 1 with the first album. I run Logic Pro; that’s my main sequencer, editor and platform I’m using. I have a healthy sample library. I have a couple of synths that I’m in love with that I use to shape things up a bit. I used some more involved chains and processes on this record than I had previously. But it tends to be just a couple of analog drum machines, or a couple of small drum machines and a couple of synths that I initially sketch things on and use Logic Pro as the editor.

DJ Times: Do you have help?

Butler: I always record elsewhere because I don’t have a bunch of mics and I didn’t study micing instruments, so I tend to go to a more versed hand when it comes to that. I usually hire an engineer who has a bit of a space that can offer different ambiances. And depending on the vocalist, I find a suitable mic.

Mixing I also source. I don’t tend to trust my ears when I’ve been involved from the very beginning on a project or on a track. I overemphasize things that I think are important from a musician standpoint. It’s really useful for me when I have someone with fresh ears who’s just approaching the music and hearing it for the whole thing.

Butler: In terms of live recording, the only courses [I really studied] in school were electronic music courses. But I did study classical composition and classical music, so I enjoy arranging things and I enjoy the sound of acoustic and orchestral instruments. That fusion is something I have explored with every record. But I think my drive or desire to do it probably comes from listening to great New Wave and ’80s bands that were able to do that, too, or were able to have a foot in both worlds—in electronic music, but also in live and orchestral melodic music. 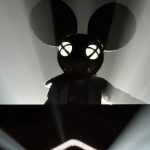 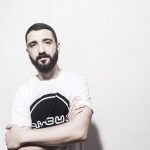