If you consider yourself an avid fan of electronic music, you’re certainly no stranger highly-touted tastemaker of BBC Radio 1, the one and only Danny Howard.

The British radio host looks to turn over a new leaf in 2018 and no longer be viewed as just a DJ or the voice of the BBC airwaves, but he wants the scene to get familiar with his production ability.

“At the beginning of the year, I would say more people knew me for DJ’ing,” says Danny. “But I want to change that and step up my production game. I want to represent the dance music world 360 degrees in terms of my radio shows, events and my own music.”

Flexing his chops on Shadow Child’s highly acclaimed label, Food Music, Danny has just unveiled his two-track Feel Real/Kid EP where listeners witness his dynamic versatility once again. With this being the follow up to his Work That/Holla EP back in June, it’s safe we can expect many more releases from the electronic icon in the new year. 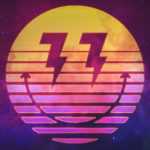 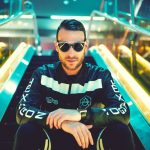