Having longevity in the world of electronic dance music is no easy task especially when we’re talking a span of over a decade, but Fedde Le Grand has found himself illustrious group.

Popping onto the scene back in 2006 with “Put Your Hands Up For Detroit” followed up the following year by his Ibiza anthem with Ida Corr, “Let Me Think About It” which has since become a timeless classic.

With this year being the hit single’s ten year anniversary, Fedde has decided to celebrate with special occasion re-visiting their collaboration and giving with a modern-day makeover.

Giving it a funky, future bass touch, Fedde Le Grand and Ida Corr will sure to be making the rounds again similar to the way they did a decade ago.

Stream the celebration mix of “Let Me Think About It” below. 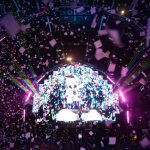