These are not the ordinary images that come to mind when working with soft synths. But that’s exactly the kind of optics that Native Instruments’ new Kinetic Toys conjures up. This $149 expansion for Kontakt—Native Instruments’ popular software sampler—is dedicated to reproducing and morphing audio recordings of vintage children’s toys, everything from chemistry sets to pinball games to toy pianos, jack in the boxes, and so on. It features over 200 separate sound sources, and gives you a wide range of creative modulation systems to deliver dramatically distinct audio palettes.

Kinetic Toys began as Kinetic Treats, the freebie Christmas gift that Native Instruments offered up at the end of 2016. Registered users of Kinetic Treats can upgrade to the full version for only $99.

This program was created in collaboration with sound designer Jeremiah Savage, who worked on Native’s Kinetic Metal expansion as well. There’s a deep library of sounds and presets at your disposal here, arriving with 3.5 GB of content. But the fun really begins once you start digging into the unique user interface that gives you a limitless range of creative possibilities.

Kinetic Toys relies on a mostly visual interface, and without reading through the 60-page manual, it’s hard to know what is what. But, perhaps like a child unwrapping a toy for the first time, that sense of discovery and imagination is what Kinetic Toys is trying to achieve. The best way to get your head around Kinetic Toys is, naturally, to play with it.

When I say “visual” interface, Kinetic Toys really must be seen to be understood. After loading Kinetic Toys into Kontakt, it looks more like you’re about to watch a cartoon then work on a track. The interface is almost entirely devoid of the typical knobs, sliders, and meters that make up most softsynth interfaces.

I took some time to scan what was in front of me. On the left, a mechanical ballerina, standing atop a wind-up music box. On the right, a 1950s-styled sci-fi robot, also sitting on a box. Two large books are behind the robot –labeled “Envelopes” and “LFOs.” And in the middle, there are a collection of little characters – origami swans, a twinkling star, a rocket ship, a Space Invader-esque 8-bit creature. Below that, there appears to be a board game of some type with two sets of inverted arrows, each with a miniature version of the ballerina and robot resting on top.

Selecting and playing different presets gives you an idea of how Kinetic Toys works. Play a key, and you’ll see everything come to life in front of you. The ballerina rotates around on her stage, and the robot darts about on his box. The rocket ship and Space Invader icon take flight in the middle of the screen.

After a little bit of experimenting, and a bit of digging into the manual, everything started to make a lot of sense. The ballerina is the audio-source selector, and the robot controls the different effects processing the sound. The icons in the middle sit on an X/Y pad, and are assigned to different sounds, and different effects.

The real strength in Kinetic Toys is the amount of control you have over modulating the sounds and effects. Since you don’t have the typical array of buttons and sliders, it’s hard to visualize this immediately. But both the robot and ballerina have four A through D setting assignments, and you can morph between all of them by dragging their respective icon. (They represent “snapshots” of sound sources and effects settings, and are visible by pressing the cog wheels beside the ballerina and robot.)

There are a lot of options for this movement control, including a “step-motion” mode, where the icons rotate between the four settings, and a “2D Motion” control where you can control their path on an X/Y axis. Drilling down even further, you’re able to choose different speed settings, you can record custom movement paths, and so on.

Of course, each A through D setting for both the sounds and effects can be individually adjusted and tweaked to your liking as well. This can be a bit of a challenge to master, since the icons for the effects and the sounds are jumbled together in the middle of the screen. Plus, it takes a bit of practice to figure out which icons represent the sounds, and which are the effects. Practice makes perfect, of course.

Further modulation controls come from the LFO and Envelope books. Here, you have two sets of oscillators and ADSR envelopes – perhaps the most traditional synth sound controls you have in Kinetic Toys. These can be assigned to different sections on the interface, giving you more ways to shape the sounds and effects. The “board game” at the bottom functions as mixer where you can adjust separately the levels of the sound and the effects.

It’s a bit of a bold step for Native Instruments to release a program that is so blatantly influenced by children’s toys, especially when the word “toy” is a common epithet tossed around by synth snobs. I was a little concerned myself that I wouldn’t find many usable sounds in the Kinetic Toys library. But I was actually very pleasantly surprised.

On top of the clicks, whirrs and pops you might expect, I found loads of interesting pads, brass and woodwinds that could fit perfectly into a techno or deep-house dance track. Working with the Melodica and Ribbed Drumbone settings, for example, I added a bit of a delay, Logic’s chord trigger, and I found some rich, Berlin-style techno keys that were loaded with character and depth. This is not a gimmicky synth whatsoever.

You have a lot of material to work with in Kinetic Toys. There are 35 separate “themes,” and within each, there are 16 different presets or snapshots to use as a starting point. And since you can control so much of the effects and sound mixing, you’ll never run out of ways to create original sounds.

Kinetic Toys is a fantastic new offering from Native Instruments for anyone who is interested in trying out a different approach to sound shaping. It has a wealth of interesting, unique and rare sound samples to work with, and a very cool interface to play with. The lack of clearly defined labels and parameters may be a turnoff to some, but I did think it added a new dimension to my creative process.

Let’s be honest – it’s just plain fun to drag around a rocket ship and a robot when you’re adjusting a delay affect. Well-done, Native Instruments. 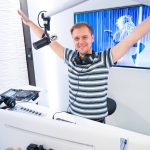 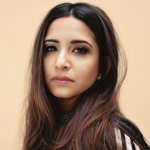