The masked German man of mystery has revealed that he has a second artist album on the way and we couldn’t be more excited.

His newest body of work titled Fantast is a 13-track album full of varied colors and atmospheric textures which is set to be released June 7th.

Plus, he has brought together a diverse group of collaborators such as Bloc Party’s Kele Okereke, Blaenavon, Tender, Jones, Zola Blood, Austra’s Katie Stelmanis, The Boxer Rebellion’s Nathan Nicholson, Clap Your Hands Say Yeah, Joan as a Policewoman and Matt Simons.

“Over the last two years it has been a great pleasure to work on this album as a counterpoint to the hectic world of traveling as a DJ. To lose myself when making music, to dive into and create my very own realm of beauty. I admit it’s a dreamy, a heartfelt, at times a naive and surely escapist album, but what to do if one – on the quest for his soul – develops a strong desire to go back to his roots, back to nature? Did I find myself on that journey? Rather not,” says Claptone.

“But I found some beautiful moments in the green, out in the woods, out in the fields, under the moon and in the night, moments, which I want to share with you. And there is one thing I learned and now it can be told, I am and have always been a ‘Fantast’.” 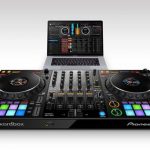 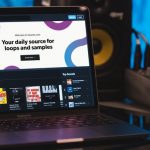