After having what many would consider a breakout year, Ohio native Crankdat looks to carry that moment well into the new year embarking on his “Outcast Tour” which now comes alongside his newest original single, “Reasons To Run.”

Officially only one weekend into the tour, the melodic mastermind has decided to kick things off with another colorful addition to his impressive discography.

Similar to his debut original “Dollars,” his latest release is a bubbly tune that can be considered both infectious and euphoric. Flexing his vocal talents once again with another anthemic offering, “Reasons To Run” is a playful track that radiates feel-good vibes throughout. No one will be running from this one! 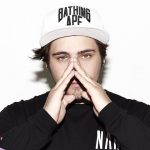 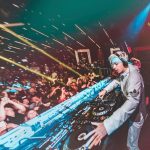