Anaheim, Calif. – Another January, another Winter NAMM Show moved to the done pile. As usual, I attended NAMM with DJ Times editor Jim Tremayne, meeting with vendors across the DJ and production spectrum over three of the show’s four days.

Held this past Jan. 25-28 at the Anaheim Convention Center in Orange County, Calif., Winter NAMM ’18 drew over 115,085 registrants (manufacturers, distributors, retailers and performers) and featured nearly 2,000 exhibiting companies, according to organizers. Of course, there were plenty of products debuted for the club and mobile DJs and for anyone who produces music.

As was the case at the 2017 event, I couldn’t quite shake the feeling that we’re currently between major innovation cycles with music technology — as is frankly the case with technology more broadly. Most of the new “stuff” on display could generally be considered incremental improvements over what’s on the market already, but that’s certainly not to say that a lot of it wasn’t pretty interesting and compelling indeed.

So, what over the three days caught my attention?

As noted above, I and my colleagues here at DJ Times will be bringing you more information and hands-on reviews of many of these new products over the course of the next few months. Until then, it’s hard to believe it’s already time to pack up the suitcase, and head back home — my brain still spinning with all the new ideas for making and performing music. 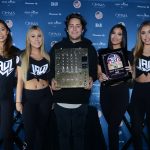 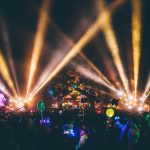