Still buzzing off the positive vibes from Dirtybird Campout East, Barclay Crenshaw has returning staying true to his signature sound teaming up with Inglewood, California’s twin sister duo, Cam & China, for “The Baddest.”

Driven by the twins fiery verses fueled by strictly raw lyrics, “The Baddest” is a thumping ode to old-school hip-hop.

Word on the street is Barclay has stolen alien science data from the last ship to crash in North America and used the technology to produce a track with the twin rappers so one can’t be so sure what to expect from him next, but its safe to say we’re intrigued.

Stream Barclay Crenshaw’s “The Baddest” below. 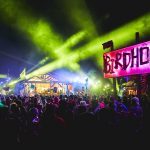 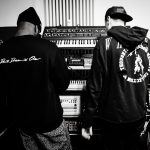