There was plenty of room for all your traditional campout activities, tug-of-war, kickball, archery, dodgeball, badminton and of course, bangin’ beats courtesy of Dirtybird’s finest and their extended family; there was plenty to be excited about leading into the inaugural event.

While things didn’t go quite how Head Counselor Claude drew them up with music being suspended Friday due to noise complaints following the epic pre-party Thursday night, Dirtybird Campout East was able to overcome the odds and make for an unforgettable weekend.

DJ Times would like to give a special shoutout to Senator Marco Rubio and Pitbull’s lawyer for doing their part in saving music festival. Those are two guys you want to have on your side down in Florida.

After campers were welcomed with extended sets from Claude VonStroke and Seth Troxler Thursday evening and Friday being filled with camp activities in lieu of music, Saturday is when the real madness unfolded.

With Florida giving the festival the go-ahead Saturday afternoon, Mija and Ryan Forever got the party started with a renegade set on the campgrounds leading into the two stages officially opening, Saturday campers soon saw sets from likes of Sage Armstrong, Will Clarke, Fisher, MK, and Walker & Royce back-to-back Claude VonStroke.

Even though there was no music, the East Coast camper’s positivity and excitement kept the festival’s magical alive and despite the unexpected setbacks, it’s safe to say Dirtybird Campout East will be remembered for all the right reasons.

For those who weren’t fortunate enough to make the trip to St. Cloud, Dirtybird Campout East looked a little bit like this: 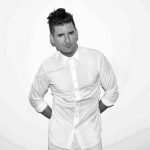 Barclay Crenshaw and Cam & China Link for “The Baddest”