With Ultra Miami’s 20-anniversary celebration only a few weeks away, the festival has unveiled the third episode of their “20 Years of Ultra” documentary series.

Giving festival goers an in-depth look into the growth and expansion of both dance music in the United States and Ultra Music Festival over the years.

Sprinkled with cameos from Armin Van Buuren, David Guetta, Afrojack, Ferry Corsten, Andy C and Fedde Le Grand sharing their take on the evolution of American dance music in addition to Carl Cox breaking down the rise of the underground, this is simply ” Must See TV” for any electronic music fan.

Sit back, relax and take a trip down memory down with some of the scenes biggest names below. 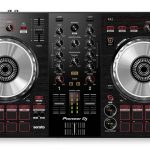