The word is out, A-Trak’s second annual Goldie Awards will be returning to Brooklyn Steel on November 8th!

Once again, Goldie Awards will host turntablists and producers from across the globe invited to battle it out in front of a live audience in a Beat Battle and DJ Battle competition putting emphasize on raw skills and originality in a truly modern setting.

With this announcement, hopeful competitors can send their submissions via GOLDIEAWARDS.COM where they will be asked to upload a one-minute video to Instagram or YouTube and fill out a short form. Last year saw over 300 submissions from across the globe with on eight contestants selected in each category being invited out to New York City.

Check out the official event flyer below and be sure to visit GOLDIEAWARDS.COM for more information. Tickets for the Goldie Awards go on sale this Friday, July 27th. 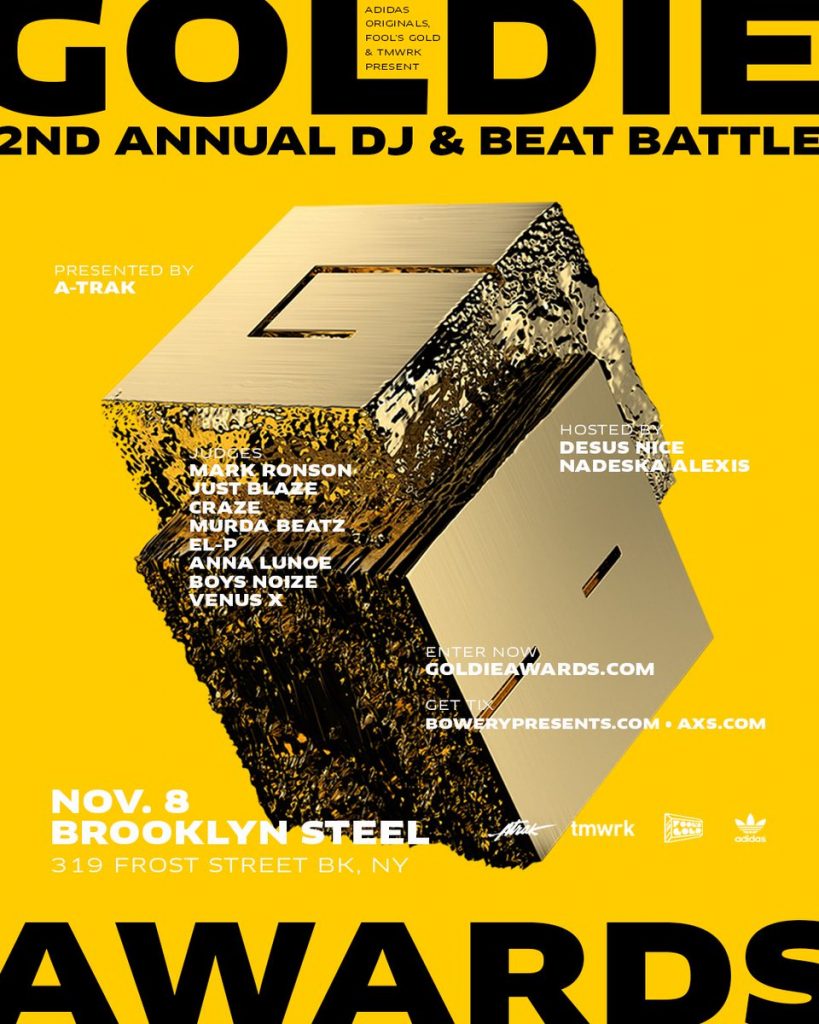