After a handful of festival and club cancelations earlier this summer, it was later discovered that Dash Berlin frontman Jeffrey Sutorius would be parting ways with the other two members of the group Vanderkleij Agency, Sebastiaan Molijn and Eelke Kalberg (booker and management of Dash Berlin) due to mismanagement.

Jeffrey has recently broken his silence regarding this situation announcing he will resume performing under his own name starting in October while continuing to work through legal proceedings concerning the usage rights of the stage name Dash Berlin.

Read the official statement below:

“The fans and promoters have supported me enormously throughout the years. In the past few months, I have received many heartwarming words of support and encouragement. I’m really looking forward to performing again and making new memories, ” said Sutorius. “Music is my life and various events in the past year have inspired me to come up with new ideas. I can’t wait to share new music with my fans!” 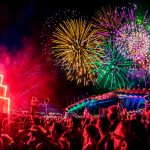