Today Chicago’s popular nightclub, The Mid, located at 306 N Halsted will officially close its doors in February 2019 due to recent expansion in the West Loop and Fulton Market District.

Ever since opening its doors back in 2010, the venue has produced some of the most memorable nights in Chicago nightlife featuring a number legendary DJs/producers from the world of electronic music which even includes Skrillex’s first ever Chicago show.

February 5, 2019, will be the club’s final night in operation with an event aptly titled “One Last Song” with a list of official closing parties to be revealed very soon.

“Unfortunately, the time has come where the MID’s doors will be closing on February 5, 2019. These last remaining months will be a celebration of the past and a toast to the future. We want to thank all the fans, artists, employees, agents, managers, and promoters who have supported us throughout this era. As a token of our appreciation, we are putting together some very special events leading up to that “One Last Song.” It’s been an incredible run to say the least but now it’s time to turn the page as we raise our glasses to what will be the end of an era, and the beginning of our next chapter,” said Co-Founders/ Co-Owners of the nightclub Lucas King and Nick Karounos. 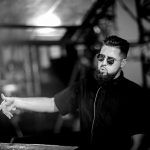 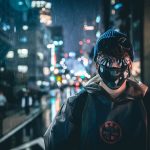