Obviously, the cornerstone of many DJ set-ups is its loudspeaker system. From small monitors to the most-robust line arrays, the right speakers allow DJs to share their music with a variety of audiences.

And, much like the variations in other types of DJ gear, there is a plethora of speaker systems available to DJs. Home set-ups and studios can make do with small, highly-responsive monitors. Large concerts, touring acts, and many clubs rely on installed line-array speakers. In between monitors and the installed sound of large venues, mobile-DJ setups often use powered PA systems with inbuilt amplifiers and additional powered subwoofers. These are known for their portability and sound quality, allowing DJs to transport them to various venues.

Initially launched a few years ago, Yamaha’s STAGEPAS series of portable PA systems ships with two speaker units and an analog powered mixer that sends sound signals to the two speakers through included cables. STAGEPAS comes in two sizes – the 400 or the 600 – loosely referring to the overall wattage. The 400 comes with a two-band, 8-channel mixer, and the 600 gets an upgraded three-band, 10-channel mixer. 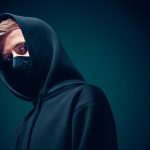