The wait is finally over, Vanic has returned in a big way remixing G-Eazy’s “But A Dream” and it’s everything we hoped it would be.

Never losing much momentum on the tour from, the Canadian producer has been quiet on the release front with his last production coming in the form of a blissful remix of Above & Beyond which came out just about 8 months ago.

This remix of “But A Dream” came about when G-Eazy had reached out in regards to Vanic putting his own spin on a few tracks off recent The Beautiful & Damned album so there is plenty more where this came from.

As for Vanic’s triumphant return, he manages to deliver his trademark majestic trap sound without steering away from the original’s integrity while working wonders around G-Eazy vocal offering.

The floodgates have officially opened when it comes to new Vanic music, stay tuned for more coming sooner rather than later. Enjoy! 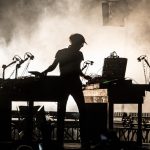 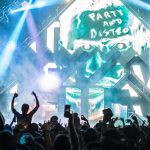