With there being no shortage of talent in the world of electronic dance music, DJ Times has started a new monthly series where we will showcase some of the finest up-and-coming artists who we’d like to consider in the on-deck circle because we believe they’re next up!

Each month, we will be putting together a list of five artists who are making some serious waves throughout the electronic landscape (no matter what genre) and give you a couple of reasons as to why they deserve your attention.

After catching the attention of Grammy Award-winning rapper T-Pain as dance music producer he’s looking to work with on his upcoming album, it’s safe to say Nitti Gritti is one name you want to keep a close eye on.

After garnering the attention of fans and his peers with his remix of tracks like San Holo’s “Lights” and Kanye’s “All of the Lights,” he continues to push the traditional boundaries of electronic music with each and every release. With no genre being off limits, the Miami native simply plays by his own rules and that’s always something we can get behind.

Being quite the notorious gamer, CRAY‘s production productivity may be in jeopardy following the release of Fallout 76, but following a couple of big names remixes which include Marooon 5’s “Girls Like You” featuring Cardi B and Jai Wolf’s “Lost” featuring Chelsea Jade, I say game on!

Becoming an immediate fan favorite with his high-octane sets and bubbly personality, CRAY looks to ride what can easily be considered the biggest year of her young career into 2019.

There were plenty of fresh faces who emerged onto the scene this past year from the bass corner of electronic music and Oklahoma City’s TYNAN has proven to be quite the force to be reckoned with.

Engineering relentless, mind-numbing audio assaults which can be found on esteemed imprints like Never Say Die and Zed Dead’s Deadbeats, the bass music genre as a whole is in good hands with TYNAN at the helm.

Outside of talking production, not much can be said about Deathpact because this budding talent is still a mystery. After popping onto the scene with a blistering collaboration with REZZ, the anonymous producer has unloaded a steady stream of releases that fall into the category of menacing mid-tempo with a sinister touch.

From a production standpoint, everything we’ve heard thus far is impeccable with each release hinting at the producers to identity.
The puzzling story of Deathpact is certainly once rollercoaster ride we don’t want to end.

If you’ve been keeping an eye on San Holo and his bitbird imprint over the past year or two, Taska Black has become quite the familiar face. Making a name for himself with glittery, forward-thinking productions that walk the line between future bass and infectious pop, the sky is the limit for this Antwerp producer.

Currently touring with San Holo on his album1 tour and still buzzing off the release of his debut Minds EP, the reign of Taska Black has just begun picking up a full head of steam heading into 2019. 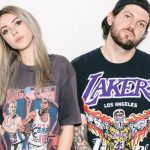 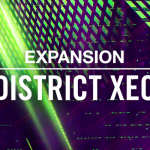