Chandler, Ariz. – This past Nov. 17, the Origins Music Fest became the latest DJ-driven, electronic-music bacchanalia to light up the Arizona desert. Held at The Riverwalk at Rawhide Western Town & Event Center in suburban Phoenix, the inaugural event was produced by RBDeep, a new sub-brand of longtime area promoter Relentless Beats.

As the RBDeep name implies, this festival was for lovers of electronic music’s deeper end of the pool, bringing DJ/artists like Duke Dumont, Lane 8 and Nora En Pure and talent from beloved labels like Dirtybird and Anjunadeep.

Next up, Autograf delivered some of its more catchy and lovable tunes like “Gravity” (with French Horn Rebellion), “Move All Night” (with SNBRN feat. Kole), and “Metaphysical” (feat. Janelle Kroll). But the group really worked the crowd into a massive sing-along when it dropped the remake of classic “Fine Day” by Keanu Silva, and Daft Punk’s disco-flavored, dancefloor killer “One More Time.”

Justin Jay jumped right into his mix with Black Box’s 1990 diva-house classic, “Ride On Time.” Continuing with heavier house flavors (Kettama’s “Body” and “Keep It Real,” Lenny Kiser’s hard-to-miss “Blip Bloop,” and Josh Wink’s techy “Selecta”), his set took a poppier turn with more disco-flavored fare like HateLate’s “Disco Over Me” and the super-fun Benny Bridges edit of Whitney Houston’s evergreen “I Wanna Dance With Somebody.”

There were arguably two headliners at the end of the blissful night – Lane 8 and Duke Dumont. The former was the penultimate performer of the evening, presumably because he was also the headliner of the on-site afterhours party – a guy could use a break, right? Well-known for his frequent releases of extended “mixtapes,” Lane 8 laid it on us with a hefty dose of his own creations (Dirty South remix of “No Captain” feat. Polica, “Divina,” “Fingerprint,” and “March Of The Forest Cat”), as well as some of his better-known remixes (Deadmau5’s “Not Exactly”, Mat Zo’s “Superman” and Rufus’ “Interbloom”).

But Duke Dumont was the king of the night with a hip-shaking, groove-laden set that dropped more than a few crowd favorites. They included his mega-hits “Need U (100%),” “I Got U,” “The Giver,” and “Won’t Look Back.” But the British DJ/producer also threw in some other equally beloved dance tracks, too, like the Route 94’s remix of “Always” by MK feat. Alana, “Down With Tha” by Waze & Odyssey, and “Got To Be Good” by Peter Gelderblom & Randy Colle. Of course, after delivering another highlight with CamelPhat & Elderbrook’s “Cola,” Dumont brought the performance to an end with his dreamy hit, “Ocean Drive.” A perfect finale to a promising new festival. 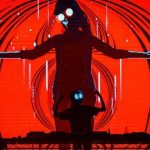 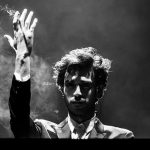