The SPD-S was met with high praise, and the SPD-SX was introduced eight years later, jam-packed with new features. Fast-forward to the end of 2017, when Roland announced yet another SPD-S iteration: the SPD-SX Special Edition (aka SPD-SX-SE).

Many musicians, DJs, and producers took notice along the SPD-S’s 12-year journey, realizing that it could add a unique element to their studio workflow or fill a gap in their live performances. My own entrance to the electronic-music industry was from the perspective of a percussionist, so when I heard that Roland was releasing an updated version of the SPD-SX, I was taken back to fond memories of marching band, jamming on the SPD-S pads to the killer factory preset loops and sub-bass drops.

This time around, my mind was filled with ideas for using the SPD-SX-SE in my home studio and using it as a supplemental instrument when DJing. Instead of just mixing back-and-forth between tracks, a percussion multi-pad provides the opportunity to interact with the music and supply a unique energy to a performance. 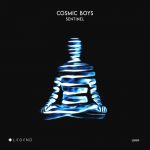 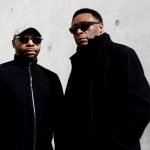