Being considered a “bonafide hitmaker” by many, the French electronic dance icon David Guetta dominated the airwaves back in 2009 connecting with Kelly Rowland anthemic “When Love Takes Over” which receives universal acclaim to this day.

When Guetta first showed Rowland the instrumental version, she immediately fell in love with the track stating, “I felt so much emotion from the track; something happened the first time I heard it, and it was just beautiful.” She would later connect with Nervo at a writing session in a London hotel room wrote the lyrics and melody over Guetta’s backing track, and the rest is pretty much history.

Following its premiere at Miami’s Ultra Music Festival, “When Love Takes Over” became a true club weapon being defined as an “uplifting floor-filler” with “hands-in-the-air pop song” qualities that resulted in it being considered one of the best dance-pop collaborations of all time.

Take a trip down memory lane with David Guetta’s “When Love Takes Over” below. 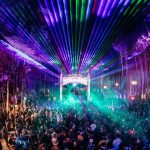 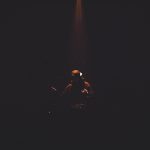