René LaVice is an extrovert—at least his public persona is. Lucky for him.

The ubiquitous drum-n-bass DJ/producer took his lively personality to the podcast world just under three years ago with “René LaVice Radio.” The monthly broadcast was something he was doing for himself, his only intention was to create a well-produced, professional program that he would want to listen to. Eventually, BBC Radio 1 got a taste and within two years installed LaVice as Friction’s successor on its specialty “Drum & Bass Show,” debuting in late 2017.

The exposure and reach that the Toronto-raised/London-based LaVice has received from the show has been tremendous. But, says LaVice, it is taking a massive toll on his time.

“People tell me, ‘It’s work you would have done anyway,’ but it’s not really true,” he says. “As an artist, I’m more selfish about what I play. I don’t want to be a jukebox of the most popular drum-n-bass because the next DJ could walk up and play all the same tracks and, then what’s the point? In my sets, I mostly feature tracks I’ve produced. Now, it’s necessary to go through as much as I physically can, be discerning and consider it all.”

All this additional music doesn’t necessarily get heard at LaVice’s DJ gigs, particularly as his latest album, Far From Perfect, is filled with dancefloor smashers. An album made for DJs, Far From Perfect was created on and off while LaVice has been touring, which is pretty much non-stop. Every single track on the album has been road-tested and adjusted according to LaVice’s assessments of its technical and sonic structure as well as the crowd’s reaction.

“When I would hear that roar from the crowd, that’s how I knew a track was done and which ones to put on the album – this album is about high-impact shared experience,” says LaVice, who after a protracted relationship with vinyl and later, Serato, is now DJing on four Pioneer CDJs and CDJ-2000NXS2 mixer, the best set-up for his love of double-dropping.

Not unlike his previous productions, Far From Perfect is wildly eclectic. Kicking off with the anthemic “Woohoo,” it switches to the paced melodies of “Can’t Get Enough” featuring Isaac Evans then to the pretty “Twilight” featuring Faye. LaVice himself sings over explosive “Detonate” and crunching “Cold Crush” featuring Gydra. There are so many moods on Far From Perfect, one wonders sometimes whether drum-n-bass is not holding LaVice back.

“That’s a massive compliment and completely controversial,” he chuckles. “Drum-n-bass is a fantastic outlet for people who have diverse interests because it keeps giving with the whatever people will be into. Between a set from Loadstar to the UVB76 crew, it’s like different solar systems. It can be a lot more restricting in other genres, but in drum-n-bass it’s all about bringing in other influences. It helps to have a guiding principle with the music. This album is all about getting to the point, focused on what works on a drum-n-bass dancefloor, but expressing the diversity of interests and influences I have. Creativity thrives on restrictions.”

LaVice is very familiar with restrictions considering his bare-bones, all-in-the-box studio set-up, which is basically his MacBook Pro running Logic, dipping into Ableton Live for its time-stretching and pitch-stretching algorithms. More often than not he uses the Mac earbuds and on “Detonate,” he sings the vocals into the earbuds’ microphone. The earbuds’ open-back style is helpful in determining if the sibilants of the vocals are clashing with the hi-hats. Alternatively, he’ll use an Audio-Technica AT2020 microphone. The SubPac, a wearable, vest-like audio device that converts sounds into vibrations, helps with the mixdowns.

The technology, he says, is “precise to the point of being annoying. When I’m doing mixdowns, I’ll put my finger on the speaker. I can physically feel the transience of the kick and the sub independently, see if there is any kind of clash.

“If I’m on the road and I don’t have speakers or the SubPac, I’ll crank up my headphone ridiculously loud so they start shaking in my hand. You can get some input from that. If you put it right on your temple, you can hear stuff, but it’s mostly for the bottom end.”

On occasion, LaVice will concede to the addition of a second laptop, a MacBook Air, where he sketches out ideas. The Air’s slower processor, he says, stops him from getting too bogged down in choices and decision-making. “Too much processing power and you forget to scale stuff down and get back to working on the audio,” he says. “You’re so caught up with messing with MIDI and automation, you lose heart of the idea.

“Sometimes I’ll mess around in different DAWs just to rewire my brain a little bit and think differently. And you should always listen to what you’re making on different speakers. Even if you’re using high-quality speakers, you should have a little battery-powered speaker to see how it translates and that can reveal things your big speakers aren’t.” 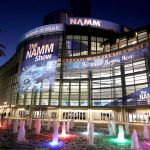 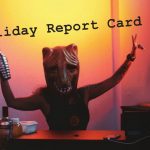