Anyone who uses technology a great amount these days is very likely availing themselves of a concept that has become an increasing focus for technology software and service companies: the so-called “cloud.”

The notion is pretty simple. Rather than store something locally (e.g., on the hard disk of your computer), store it somewhere on the internet, and access it when (and where) you need it.

The concept has been applied far and wide, for a range of situations. Among the first exposures I had was Evernote, the cloud-based note management service; enter or retrieve notes on-demand from your computer, tablet, or smartphone — anytime, anywhere — instead of having one single copy sitting someplace.

Then there was Dropbox; want to share a file (such as a music project) with a collaborator? Push it to the cloud, and let the teamwork begin. And we all know what happened with Netflix; who wants to mess with those fingerprint-smeared DVDs, when you can just stream your movies and TV shows from the cloud to any TV (or device) in your home (and not have to wait for the mailman in the process)?

Cloud-based services have, however, carried an interesting trojan horse: the subscription model. Take Evernote; instead of buying a piece of note-management software one time at a retail store (so 1999, really), you just give your credit card info to Evernote, download their software anywhere you need it for “free,” and they’ll happily charge you every month for the service. Once consumers demonstrated a willingness to be nickeled-and-dimed every month for Evernote, Dropbox, and Netflix, well, the big players got on-board.

Microsoft would much rather charge you $10 a month for a copy of Microsoft Office with cloud storage —from now until the end of time — than sell you the software alone, once, for $100. Adobe is finished with boxed software for the most part; instead, creative types like me pay them $80 a month for access to Photoshop, Illustrator and so on, instead of $700 once every few years. You can do the math; this has been a very profitable thing for technology companies.

It was, therefore, perhaps inevitable that the allure of the subscription business model would come to the music software space, and sure enough, I think there’s plenty of basis from which to claim that 2018 is the year subscription models arrived in force within our space — much to the delight of bean counters at the companies offering them. Is it a good thing? It depends. Let’s take a look. 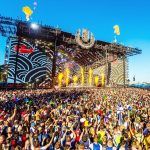 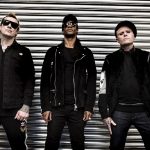