Originally popping onto the seen as a glittery trap masked man of mystery, Marshmello has quickly become one of the true faces of electronic dance music selling out arena across the globe and dominating the airwaves. Whether you’re an avid fan of electronic music or not, you’ve stumbled across his collaboration “Happier” with Bastille at one point or another.

Proving time and time again he refuses to fall into the spectrum of one genre; the sugar superstar has connected with the arguably the hottest name in the realm of dubstep, Svdden Death for “Sell Out.”

It’s not too often you see a bass enthusiast collaborate with an artist the caliber of the mell man hence the title of the track but as expected, the creative minds behind this production have concocted a true weapon of mass destruction.

If you’ve caught Marshmello live at any point of his career, filthy dubstep always seems to pop up during his sets and now he has a weapon of his own to throw into the mix.

Put your speakers to the test with “Sell Out” below. 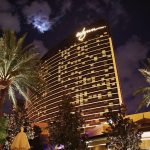 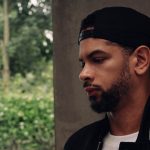