Two of trance’s biggest names have finally joined forces for their first-ever collaboration with Armin van Buuren and Above & Beyond teaming up for “Show Me Love” that originally made its debut at A State of Trance 900 in Utrecht.

Being one of, if not the biggest collaborative effort in the genres storied history, the trance titans did not disappoint delivering captivating beauty that only the four could engineer.

Wasting no time at all, while this track was premiered on February 23rd, “Show Me Love” has been released on this fine new Music Friday.

The trance community waited long enough for these juggernauts to hit the studio together, it only seems right that “Show Me Love” was available to the public rather quickly.

Stream this star-studded collaboration below. 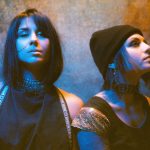 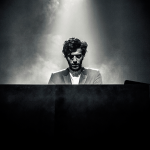 Gesaffelstein Connects With Pharrell Williams For Latest Single, “Blast Off”