G Jones has been releasing music since 2012, but the past year saw the Cali DJ/producer reach a lofty new level. His debut album, The Ineffable Truth, gained plenty of notice, and it wasn’t all from his steadily growing fanbase of bass fans.

No, he and his album were lauded by such diverse talents as Porter Robinson and DJ Shadow. In fact, it was the latter DJ-legend who said that Jones was “the most gifted Ableton beatmaker I’ve ever seen.”

Of course, a listen to The Ineffable Truth will reveal that this kind of mad respect was justly earned. The album’s a cornucopia of complex electronic sounds, rhythms and moods – a genuine journey, not just a collection of formulaic wobbles and drops, a genre classic.

So, as his March 29 performance at Miami’s Ultra Music Festival approached, we caught up with the very talented Greg Jones.

DJ Times: Why Ableton Live?
Jones: I was introduced to it by a high-school teacher who saw me making beats on GarageBand, which was my the first DAW. He gave me a demo of Ableton 6, and I was blown away. Immediately what spoke to me was the Session View approach to making music – the ability to have a bunch of loops or clips that are triggerable in real time, as opposed to strictly working in a timeline format. Since then, I’ve just become super-comfortable with the Ableton interface and have never felt limited by what I can do with it, so I’ve never really had much of a desire to switch DAWs. 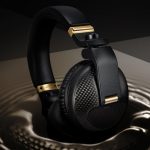 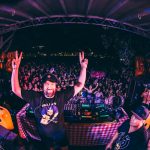