It was a sunny afternoon in July of 2014 when a motorcycle in Marion, Ky., hit a patch of gravel and went down, resulting in the driver being med-flighted to the nearest trauma center in Evansville, Ind.

That injured cyclist was mobile jock Don Davis, who had been booked to DJ a wedding reception the following week, but suddenly found himself in a pinch.

As single operator, Davis wondered, “Who could replace me with such short notice?” Fortunately, Davis’ networking experiences paid off.

“I called several people I know who DJ in the area,” explains the owner of Don’s DJ Service. “My friend Larry was available for the date, so it worked out for me. Otherwise, I would have had to cancel, leaving the bride to be strapped trying to find someone else at the last minute.

“I truly believe that networking with other DJs was my saving grace. Because you never know what could happen.” 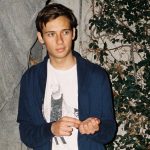 Flume Breaks His Silence With “Hi This Is Flume” Mixtape 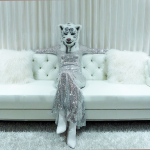 Jaguar Grace – After All