Now for all film buffs out there, you may remember this sequence from Quentin Tarantino’s classic “Pulp Fiction.” But, for our purposes, we refer to this quote as an introduction to one of the biggest names in the world of bass music.

No, Zeds Dead didn’t conquer right away – it took awhile. Like many DJ/producers at the top of the EDM game, they achieved incrementally until they became recognized as genuine genre leaders. But these days, Zeds Dead enjoys a thriving career.

Comprised of Dylan Mamid (aka DC) and Zachary Rapp-Rovan (aka Hooks), the Canadian duo began its artistic partnership when DC asked Hooks to paint a mural in his garage. As their mutual interest in music production began to blossom, the Toronto natives started a ’90s hip-hop-influenced group called Mass Productions that ran 2006-09. Two years later, when their interests migrated to tougher forms of electronica, they became Zeds Dead and began making remixes.

Playing live required some patience and ingenuity. With it being difficult to get booked as DJs back in 2009, especially when wanting to play underground electronic music, DC and Hooks went the DIY route. They connected with a group called The Killabits to host Bassmentality, their own weekly party in the basement of the Toronto bar, 751. While it didn’t seem like a big deal at the time, the party featured sets from the likes of Skrillex, Borgore, and Nero well before they became the electronic stars they are today.

The duo’s first release, “Journey of a Lifetime,” was delivered in 2009 and bass fans would soon see a bevy of new tracks. They included tweaky favorites like “White Satin” (yes, it borrows from The Moody Blues), “Out for Blood” with Omar LinX, “Rude Boy,” and “1975.” Plus, they did a number of bone-rattling remixes for tunes from acts like Radiohead, Massive Attack, The Rolling Stones, Foo Fighters and Sublime.

Finding its niche in the fast-rising realm of dubstep, the duo quickly became recognized as one of the genre’s elite talents, bringing their sounds to the biggest festivals and venues across the globe.

Fast forward to 2016 and we find the Canadian bass enthusiasts launching Deadbeats, their own record label. It will serve as a platform for their own releases going forward and will showcase productions from up-and-coming talent. Later that same year, DC and Hooks would release the Zeds Dead debut album, Northern Lights.

By now, with bass music exploding on the EDM landscape, it isn’t much of a surprise that Zeds Dead is considered true pioneers of the genre. In recent collaborations with Jauz, NGHTMRE, Illenium, and Snails, the duo has shown that it has embraced the next generation of bass talent, while helping them all continue to push the genre forward.

This month, Zeds Dead will have plenty of presence throughout Miami Music Week. In addition to closing out Ultra Music Festival’s Worldwide stage on Sunday, March 31, the duo will host its own label showcase with Jauz for “Deadbeats Goes Off The Deep End” at Soho Studios on Thursday, March 28. (Click here for tickets.)

We recently caught up with Hooks to discuss the duo’s present, past and future, while getting the inside scoop on everything Deadbeats.

DJ Times: Since its debut release back in 2016, your Deadbeats label has quickly become a household name in the electronic scene. When did you two realize it was time to launch your own label?
Hooks: It’s something we always wanted to do, but we were touring so often we kept putting it off. When we finally took a bit of time off to write our album, Northern Light, we felt like it was the right time. By then, we had amassed a following that look to us for music and we wanted to build on that and show them artists we were into and make an even more immersive world they could dive into.

DJ Times: So, how do you balance running a label while producing a radio show? You have to maintain a steady flow of releases while delivering a consistent radio program.
Hooks: The radio show is another thing we wanted to do forever, but couldn’t find time. Doing that show every week is a lot of work, but it’s very rewarding to see the fans loving it. The radio show sort of acts as a representation of the vibe of Deadbeats through all the music we play on it. It’s also a great vehicle to showcase the releases and artists we release on the label. I think our only responsibility is to put out music that we love. That’s really the only criteria. It doesn’t matter how big the artist is so much. We try to listen to all the demos with the same mentality – like or no like. 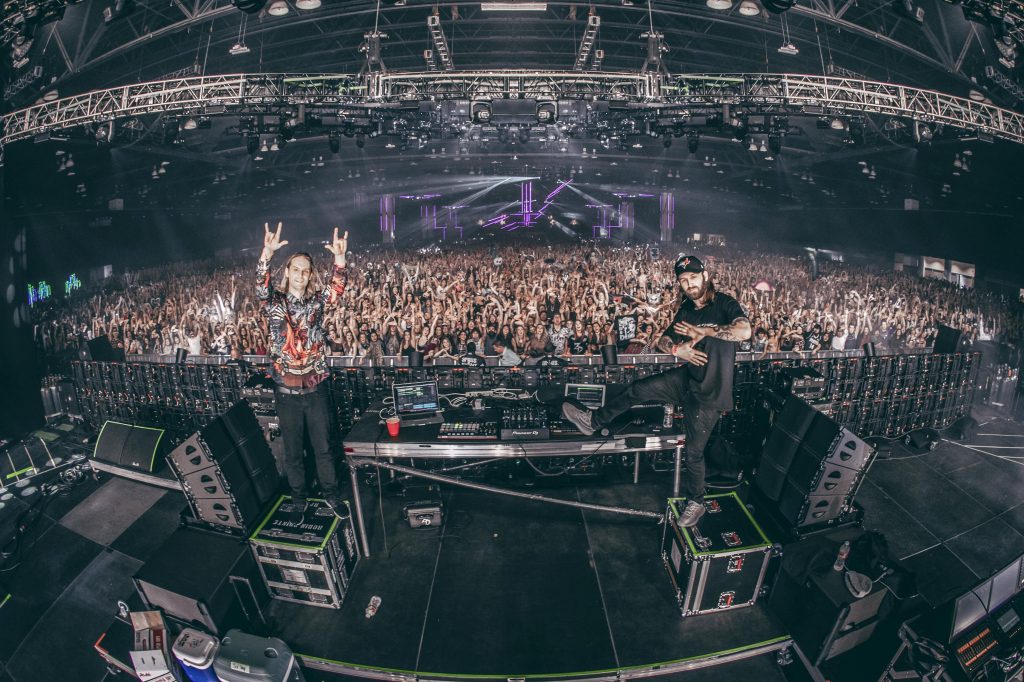 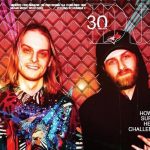 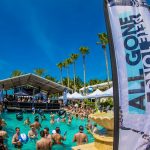