Adding another empowering gem to his discography, Don Diablo has officially made his Casablanca Records debut with his powerful new single “BRAVE” with Jessie J.

With Jessie’s angelic vocals taking center stage as most vocalists do when it comes to a Diablo production, this striking house anthem will leave listeners thinking the can conquer the world no matter how big the challenge.

About “BRAVE,” Don commented, “Sometimes, you just need an extra push to have more courage in life and more courage to chase your dreams or to simply stand up for what you believe in, Diablo explains.

“I had always wanted to work with Jessie, but I also know she doesn’t often feature on other people’s records. So, it felt like I needed to wait for the right moment. ‘BRAVE’ was that moment. I simply couldn’t imagine anybody else bringing across the message of this song better than she could.”

Steam this anthemic masterpiece below. 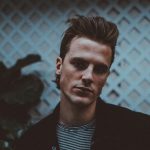 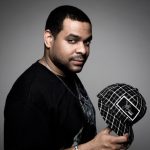 West Coast Weekender: Mr. V to Get Deep in SD