There is no denying that Gesaffelstein‘s return to the stage was one of the most anticipated moments of Coachella but no one was expecting what the world witnessed last night when the French talent took the stage.

Marked as his very first live performance since 2015 as well as his first performance in support of sophomore album Hyperion, Gesaffelstein threw down wearing Vantablack VBx2 creating the illusion of infinite depth and blackness – a black hole on stage. This made him the first artist ever to use the substance in a live performance.

For everyone asking the question, “What is it?” Vantablack is the super-black coating used primarily in space applications which holds the world record as the darkest substance made by man.

Considering he is considered the “French king of darkness” in the world of techno, this all seems to make perfect sense.

Following his ground-breaking performance, the official music video for “Blast Off” featuring Pharrell Williams premiered in the Coachella livestream immediately following his set at the festival.

Check out his latest hit below and stay tuned for more regarding the new chapter of Gesaffelstein. 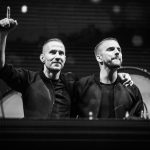 Galantis Take On Kygo & Valerie Broussard’s Hit “Think About You” 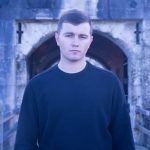