Dominating main stages across the globe since first popping onto the scene in 2012, Jewelz & Sparks have refused to take their foot off the gas consistently pushing out high-energy anthems with their most recent weapon coming in the form of “Hard.”

With Afrojack and Sunnery James & Ryan Marciano recently putting their own spin on their single “Bring It Back,” we took the time to catch up with the German duo to discuss their influences, working with Afrojack and their plans for the rest of 2019.

DJ Times: Who or what introduced you to electronic dance music?

Julius: I remember being on a school trip and a friend of mine played me The Prodigy’s No Good on a walkman. I was totally hooked from the very first second.
Greg: I remember watching Music Television when Bomfunk Mc´s – Freestyler came on. I was stunned. I thought that the sound was so cool. I still put that song on from time to time.

DJ Times: Who were your major influences when you two started producing?

DJ Times: What is the dance music scene like in Germany? How has it influenced you as producers?

Julius: Germany has a long lasting tradition of dance music culture. The sound over here is more Techno-ish and underground. You can definitely find that influence in some of our tracks, too. Our older tracks like “Flashbang,” “Toxic Rush” and “Motor,” with their quite simple but very effective drops and the seemingly never ending build-ups, are good examples for that.

DJ Times: Afrojack and Sunnery James & Ryan Marciano recent put their own spin on your single “Bring It Back,” how did that edit come about?

Greg: We actually started working on that track over a year ago. The basic structure was already there and we really liked the bass and the impact of the drop. When we had studio sessions with Afrojack, he suggested to ask Sunnery & Ryan for some groovy elements. We´ve met them in the past at Ultra Beach in Croatia when they took over the stage after us. So we reached out and they added some amazing tribal elements to the song. We finished it all up in Afrojack´s studio and he made the edit totally fire with some bleepy sounds!

DJ Times: You’ve been working with Afrojack quite a bit, what is it like working with a true legend in the world of electronic music?

Julius: It is just so motivating. Nick (Afrojack) is a true workaholic. He is a fantastic producer and has so much experience. We feel very grateful that he is willing to
share his knowledge with us. And he is a super fun guy, too. We do lots of cool things together like playing golf, going snowboarding and playing video games. We just played the Remake of Resident Evil 2, soooo scary! Haha!

DJ Times: In the studio and onstage, what gear and programs do you use?

Greg: On stage we use Pioneer CDJs and DJMs. In the studio we use two MacBooks which are connected via dropbox. We do lots of sketching in Ableton live and finish up our songs in Logic. We just bought new dynaudio studio speakers but we also work a lot on headphones (beyerdynamic).

DJ Times: Festival season is upon us, are you festival fans or club guys?

Julius: We love both! Small intimate clubs, where you are really close to the crowd as well as big stages with big crowds.

DJ Times: What else does Jewelz & Sparks have planned for the rest of 2019?

Greg: There is quite a lot coming up. We have some finished club tracks as well as more chill pop music stuff. The Sick Remode of “Reaction”, a track we did with Sick Individuals was just released. On of the highlights of this year isour next pop record with Afrojack and Emmalyn „Switch“ which will be out on April 26th. We are very happy how this song turned out and we cannot wait to share it with you guys! 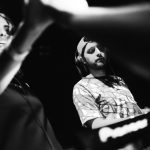 Anna Lunoe & Wuki Join Forces For “What You Need” 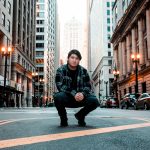