While Kai Wachi isn’t a fresh face when it comes to the world of bass music, the Boise native has continued to hone his craft over the years with 2019 shaping up to be his most memorable to date.

Looking to take that next big step of his career with the release of his debut album DEMIGOD, DJ Times recently caught up with the Kannibalen Records fan favorite to discuss his highly anticipated body of work, his production evolution over the years, the bass music scene as a whole and his plans for the future. Oh, and did I mention he will be throwing down next weekend at EDC Las Vegas? Kai Wachi is a man on a mission!

DJ Times: Who or what introduced you to the world of bass music?
Kai Wachi: My friends did years ago, initially I actually hated dubstep ironically. It wasn’t until I heard old school Cookie Monsta that got me into it. The deep, grimy vibe is what hooked me.

DJ Times: You’ve released plenty of tracks over the years, but DEMIGOD is your debut album. What was the process like putting a full-length album together?
Kai Wachi: It was tough. Working on a full album for over a year definitely tested my patience. I had to believe it would all be worth it, and I know now that it will be. Months on months of re-opening projects to make them better all the way up until the last month. It was quite a ride.

DJ Times: Would you say there is a bit more pressure compared to your average release?
Kai Wachi: A ton more, it’s honestly not even comparable to a single release. I’ve been stressed over these tracks for such a long time now, but will be nice to get them all out!

DJ Times: You connected with Sullivan King for your latest single, “Between the Lines,” how did that track come together?
Kai Wachi: Well we became best friends a few years ago, and people begged us to collab until we did it. We knew our styles would blend really well together and the track turned out to be an absolute monster. Definitely one of my favorite tracks I’ve ever worked on!

DJ Times: What gear and programs do you use when it comes to production these days?
Kai Wachi: I still use FL Studio. Its my baby, since day one. I don’t ever see myself switching. I mainly use Massive and Serum for all my synth work and sound design.

DJ Times: How would you say your production has evolved over the year?
Kai Wachi: It’s been a challenge of mine to step up my game in terms of mixing down and just making sure the song sounds clean. I still have the creative juice that I’ve had since day one, but the bass scene is definitely in a tough spot I’d say. There is a TON of really dope underground bass artists, but also a ton of people who I think copy the same format too often.

DJ Times: You’ve been doing this for quite some time now, how has the bass music scene changed since you first popped onto the scene?
Kai Wachi: The amount of new producers and music is insane. There are thousands of more artists these days. If you ask any artist in the bass scene I’d say most of them agree that there isn’t enough creativity at the forefront of the scene. And by that I mean you have to dig really deep to find the next level artists who have no recognition, unfortunately. These days it seems that branding is more important than the music.

DJ Times: What’s it like being a part of Kannibalen Records family?
Kai Wachi: It’s amazing. I’ve been with them since day one and won’t ever leave. We have all had eachother’s backs since Kannibalen was very small, and helping each of us grow each year is really a cool experience that I wouldn’t trade for the world.

DJ Times:. Debut album on the way, throwing down at EDC Las Vegas, what’s next for Kai Wachi?
Kai Wachi: A headline tour is due, and more and more music. This year I’m going to try and not be influenced by what everyone is doing, and I’m trying to go back to my old Kai Wachi roots and pull all my creative energy from there. 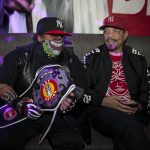 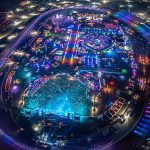