After originally making its debut during his set at Coachella this year, Diplo’s infectious remix of Carnage’s latest single “Letting People Go” has been released just in time for the heart of festival season.

After a brief hiatus, “Letting People Go” served as a departure from Carnage’s trademark festival trap sound showcasing his versatility as a producer. Now, this melodic gem has received a bouncy, four-on-the-floor makeover that is perfect for any party playlist.

Take a listen to Diplo’s newest remix below. 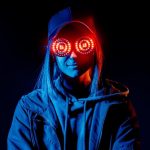 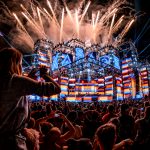