With the release of the French duo’s new album Dreams set to be released this Friday, June 21st, news broke late last night that the influential producer died after accidentally falling from “a high floor of a Parisian building” which his representatives would later confirm.

The beloved producer and DJ founded Cassius alongside Hubert Blanc-Francard in 1989 bringing us their iconic debut album, 1999 in addition to joining Etienne De Crécy to form Motorbass which would soon become a driving force in the “French touch” movement.

Tributes have been pouring in for Zdar since news of his tragic death broke from the likes of electronic music’s biggest names such as David Guetta, Calvin Harris, The Black Madonna, Skream and many more.

RIP Philippe Zdar, a visionary and tectonic force who shaped the geography of modern dance music. I am so sorry to the many friends who mourn his sudden and terrible loss tonight.

Sad awakening here 🙁 I just heard Philippe Zdar from @CASSIUSOFFICIAL passed away. I can’t stop remembering amazing parties we had all together. All my loving to your family, BoomBass and Pedro. RIP
dg pic.twitter.com/XJwSOmdtSv

Awful news about Phillipe Zdar, what an unbelievably lovely man with an incredible legacy. I was mesmerized by this record as a 15 year old https://t.co/H79OZ19Nxq 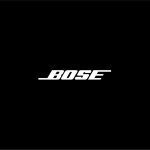 The Sugarhill Gang Grandmaster Mele Mel & Furious5 “Someone Like You”