Since jumping headfirst into electronic dance music back in 2013, PhaseOne seems to have found his niche in the hardline dubstep landscape. After years of grinding and several EPs later, Trancendency arrives, his first album – and it’s pure headbanger heaven, uniting the two worlds of metal and dubstep.

This fusion is not out of the ordinary, as PhaseOne made his musical start working in bands. The natural progression from rehearsal halls to recordings studios has resulted in unique material like “Rot,” his 2015 collab with Australian metalcore band Northlane, plus “Crash & Burn,” their collab for the new record. The versatility of Trancendency (Disciple) stands out and boasts a wide spectrum of styles like “Lost,” drum-n-bass-tinged team-up with Koven, and “Ultima,” his collaboration with iconic hip-hop group, Bone Thugs-N-Harmony.

We caught up with the Australian-born DJ/producer (aka Graeme Duffy) at his Los Angeles abode to learn more about the making of Trancendency.

DJ Times: So, you grew up listening to metal?

Duffy: Indeed, listening to the classics like Zeppelin, Deep Purple and old-school progressive rock like Pink Floyd. In high school, I started getting into the heavy stuff and going to shows and played guitar in multiple bands.

DJ Times: How did you get into electronic music?

Duffy: My proper introduction was dubstep. When I first heard it around 2010-11, I was so intrigued and had never thought of electronic music as “heavy.” So, having a production/engineering background, I immediately started trying to mess around with this sound. 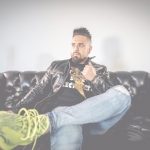 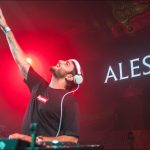