Peggy Gou swings into her bedroom, her dress a burst of flaming red, her eyes hidden behind cat-eye black sunglasses.

These aren’t ones from the limited edition collection she created with Ray-Ban, but they are pretty fabulous. She whips off the shades, swapping them for a similarly shaped pair of seeing-eye glasses, giving her the air of a studious Korean scholar—albeit one with tattoos scribbled all over her body. Gou may be done with formal schooling, but she is always taking lessons, whether it’s in music or dancing or producing, to better her knowledge and her skills.

The South Korean-born, Berlin-based DJ/producer has just returned from a whirlwind of spinning at four festivals in four days, and she is amped. There is a lot for Gou to be hyped about. In 2019 alone, she has launched her own Gudu Records with the excellent two-song Moment EP with the breezy and bumping lead single, “Starry Night.” The song features Gou’s vocals in Korean on the verses and in a spoken-word of sorts in English on the chorus. She also launched her own clothing line, Kirin, which is Korean for giraffe, her spirit animal. This is in addition to the aforementioned partnership with Ray-Ban.

In the middle of a packed schedule of festival dates this summer, Studio !K7 is releasing Gou’s installment of its revered DJ Kicks series. For this special collection, Gou casts her widest net pulling together pioneering electronic tracks like Shades of Rhythm’s “Exorcist,” Aphex Twin’s “Vordhosbn,” Spacetime Continuum’s “Fluresence,” Sly and Lovechild’s “The World According to Sly and Lovechild (Andrew Weatherall Soul of Europe Mix).” She couples these with unreleased material from I:Cube (“Cassette Jam 1993”) Hiver (“Pert”) and Gou herself, in the form of her first-ever produced track, “Hungboo.”

It seems like Gou appeared on the international dance music scene in a flash. Prior to 2016, you hadn’t heard of her, then, all of a sudden, after the release of her Art of War EP, she was everywhere. Single after single, EP after EP, each one besting the last, and on credible labels such as Rekids, Phonica, and the Ninja Tune offshoot, Technicolour. She both commissions thoughtful remixes of her material and, on occasion, will do a signature remix for a fellow artist. Even with her criss-crossing the globe on a weekly basis, if you don’t catch her in-person, her far-ranging mixes online are plentiful and much-played. Her Instagram is addictive, showing off her style as much as her travels and her shows and generating many #goals. Her fans and followers have a never-ending stream of loving puns her on name, “Just Gou It,” “Wake Me Up Before You Gou Gou,” “Gou-ci Gang,” to name a few.

It is not unexpected that with this combination of achievements, Gou is uber-confident. Camped out in front of her computer in her bedroom, which from one angle is a stylish boudoir and from another, a working studio, she speaks in irrevocable proclamations, her delightful accent making you want to agree with everything she says. The more you listen to her talk, the more you realize, she was born with this confidence. And that not only is Gou-mania real, but it is justified, and it’s here to stay.

DJ Times: What was your first exposure to electronic dance music?

Gou: I was always into music, but growing up in Korea, I didn’t really have a chance to listen to house and techno. It was more EDM. I moved to London to learn English and later go to university, and I started clubbing. It wasn’t the music I was used to dancing to, but I could dance to that BPM. I started knowing about genres. A friend of mine gave me a Roman Flügel album, Fatty Folders, in 2011. I had never heard anything like it, and I fell in love. I listened to everything he made in one day. It was a nerdy moment.

DJ Times: Your first release, the Art of War EP, was released only three years ago, which makes your rise to the top of the electronic dance music seem super-swift, but you had been working on music for a while before that release, hadn’t you?

Gou: Because my first EP was in 2016, people thought I started making music in 2016, which isn’t true. When I was at London College of Fashion, I was already learning production, which is why I failed my fashion course – because I wasn’t going to university anymore. I wanted to do more music, so I went to Berlin in 2014. 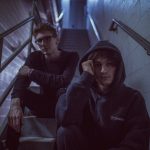