Diplo is at is again! The electronic dance music icon has announced the launch of his new label, named after his recent deep house-inspired Higher Ground EP.

Aiming to be a platform to showcase both established and up-and-coming talent in house music, the imprint’s debut release will be a double-single by Brooklyn-based house duo Walker & Royce titled “Rave Grave” which is set to be released September 4th.

“House is where it all came from. Everything we know and love as dance music today started with the masters in Chicago and Detroit almost forty years ago,” Diplo says of the new venture. “The genre has always been incredibly important to me, and Higher Ground is our homage to the legends and opportunity to champion new sounds and artists from around the world pushing the genre forward.” 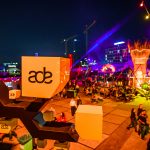 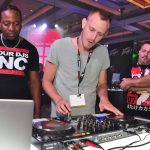