When it comes to the world of electronic dance music, it’s hard to argue that anyone is hotter than Illenium.

I am currently lighting up the festival circuit with massive fall tour right around the corner, and his third full-length studio album Ascend only weeks away, the Denver native has revealed his new single “Blood” with Foy Vance.

Serving up a guttural melodic bass beauty that is sure to be a fan favorite amongst avid dubstep fans, Illenium has also officially revealed the complete tracklist for his forthcoming album.

Stoked to finally release the full track list for Ascend!!

Check out “Blood” below and keep an eye out for Ascend which is set to be released August 16th. 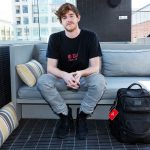 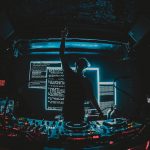 i_o Invites Listeners To The “House of God” With New EP