Back in May the one and only Madonna released the lead single “I Rise” off her fourteenth studio album Madame X which quickly began to dominate the airwaves.

Looking to give her empowering single some club-ready flair, the “Queen of Pop” has called on German DJ and producer Thomas Gold to work his magic on the already anthemic tune.

While working wonders around Madonna’s vocal offering, Gold pumps up the tempo transforming the single into an infectious house gem.

Stream the danceable rendition below. 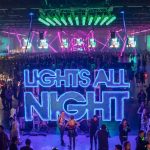 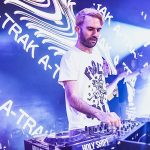