It’s official, DJ Shadow has revealed he has a new album on the way with the release of its single, “Rosie.”

His latest body of work Our Pathetic Age will feature a whopping 23-tracks with the first 11 tracks being instrumentals including DJ Shadow’s first fully composed orchestral piece. this release will serve as the London-based hip-hop producer and DJ’s sixth studio album, his first album in three years.

“More than anything, I try to get a sense of the mood of society as a whole. The subtle signals that humans send each other, the way people behave, their frustrations and ebbs and flows. In my part of the world, people are scared. There’s rampant homelessness, and a real fear of falling into generational poverty. People are addicted to, and addled by distraction; they’re angry and confused, and disaffected by their own governmental institutions. There’s songs that are inspired by this energy and seek to harness it, to make sense of it. In some cases, there’s attempts to salve the wound; in others, the songs merely observe but don’t offer solutions. Despite the title, it’s a hopeful, vibrant album…there is always light in darkness. I want it to reflect the times we live in, a signpost in the ground to mark the era…Our Pathetic Age, ” DJ Shadow explains.

Our Pathetic Age is set to be released on November 15th via Mass Appeal. 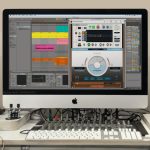 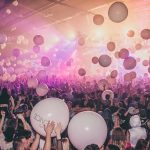