When it comes to the world of electronic dance music, it’s hard to argue anyone is hotter than Melbourne’s Dom Dolla. After lighting up the airwaves with this global breakout hit, “Take It” and popping on festival lineups throughout the summer, the blossoming talent is at it again with the release of this newest club-ready weapon.

Already a staple in his recent sets, “San Frandisco” has become quite the fan-favorite and highly coveted serving as the perfect follow up to his hit single that continues to receive a high volume of spins.

“I’ve been testing this track out on the road for the better part of the 12 months, tweaking the moments until I felt it had just the right amount of dance floor appeal. It’s been so exciting to watch people connect with it right in front of me. I wrote the hook after wrapping up a club show at Audio in San Francisco back in June 2018. The crowd was really gravitating towards sustained, rolling grooves that night, so when I got back to the hotel I really felt the need to make one that was just for them. The speech in the breakdown is a sample of a local San Franciscan dance legend who I’ve respected for a long time, and I felt it was just too perfect to let the track out into the world without it.” Dom Dolla explains.

Start your week off right by taking a trip to “San Frandisco” below. 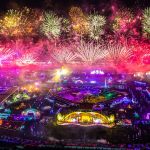 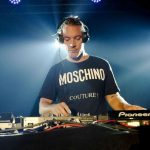