With the bass music currently thriving throughout the dance music space, it only seems right that one of the scene’s true icons is making his presence felt on one of the most prominent labels out there, Circus Records.

Conrank is a true veteran in the game who has seen bass music blossom into what is today on a global scale first hands. While he’s still buzzing off the release of his debut album, What’s A FKNG Conrank, we took the time to chat with the sub-slapping mastermind to get to know his story a little better and see what he has planned for the future.

DJ Times: What came first for Conrank – DJing or production?
Conrank: I started with Djing, I was 14, all my friends had proper part-time jobs and saved up to buy 1210’s, I, however, was too lazy, so I did a paper round and bought Soundlab DLP1’s… man, they weren’t great, but I spent hours and hours learning to mix and scratching acapellas over the instrumental of Diamond D The Hiatus. I was ok, but I couldn’t progress that far on belt drives, my friends were learning to beat juggle and studying DMC videos religiously and I started focussing more on the mixing.

DJ Times: When were you first introduced to bass music?
Conrank: I would say fairly early on in my life, I was at a house part at like 15, and Adam F Circles came on, I remember that like it was yesterday, that whole Colours album was incredible, I fell in love with Dnb right there and then. Fast forward a few years and I was in the DJ booth in Fabric while the Scratch Perverts and one of my best mates and huge inspiration, Killa Kela, performed, and out of nowhere they dropped some Skream, the crowd went mental and I lost my mind, it was the first time dubstep really resonated with me and I was sold, mind body and soul, that was it, such a pivotal moment in my life.

DJ Times: What is it that made you fall in love with the genre?
Conrank: I think I fell in love with how eclectic of a genre it is, I mean, it’s kind of like an umbrella for so many genres. Dnb, dubstep, bass house, Footwork, Grime… I mean the list goes on. Then the low end, I mean, how can you not love that feeling of being in a club and 50hz shaking your body to the core, it’s pretty epic. I moved through so many parts of the bass world in my studio, I started making mellow D-Bridge vibe autonomic style stuff, then moved onto more of a jungle tip, then drumstep, then I got heavily into making 140 stuff, and I really found my feet there. The bass music scene is constantly expanding, moving, changing, and becoming more and more innovative, I love it.

DJ Times: Some of the biggest names in bass music are out of United Kingdom like yourself – why do you think that is?
Conrank: I mean the UK is where the building blocks of the bass scene were born, you’ve got Big Apple Records in Croydon where dubstep was essentially born, and the whole rave, and reggae culture that gave birth to jungle and Drum & Bass many years ago, it’s embedded in our culture and everyday life, there’s such a rich history, it’s insane, especially for such a small country. I feel like In the UK you grow up with it in your blood, and if you want to meet like-minded people that’s easy too, it’s a hotbed.

DJ Times: What are some changes in bass music scene you’ve noticed over the years?
Conrank: Something that’s happened over the last few years is that the US has embraced the deeper side of dubstep in a huge way, they still love the headbanger crazy shit, but the deeper side has really found a home there, you have labels like Deep Dark and Dangerous and Wakaan really pushing that stuff forward, it’s a really exciting time for dubstep right now, in America and in fact all over the world, the OG’s are still crushing it and there’s an amazing array of new kids moving things forward like never before.

DJ Times: You’ve also spent plenty of time China, what is the bass music scene like over there? What do you think appeals to them so much?
Conrank: The bass scene in china is small, it’s niche, but growing. They haven’t got that electronic music history that we were lucky enough to be born into, so for a long time it was a lot of work for people to learn about it and find the music. But with the rise of the internet and DJ’s traveling into the country more and more and with some really important promoters and clubs pushing things forwards it’s really picking up pace, it’s still relatively small in comparison to the population, but it’s really dope. Not only is it being embraced but it’s taking on it’s own persona and sound, there’s so many producers and DJ’s now, when I came here 10 years ago, there was basically no bass producers maybe the odd 1, now there’s a ton, it’s sick to see, I’m really excited to see how it continues to progress.

DJ Times: When it comes to production, where do you find inspiration?
Conrank: I’m constantly absorbing things, it’s hard to say really, I mean there’s obvious ones, like Dnb, hip-hop, dubstep, jungle, hardcore etc, but i think everything inspires you subconsciously, for example, the buildings you see every day, the people around you, the weather, the sound of the city you live in, it all really affects you, to the point that without knowing it, those surroundings are changing your sound, changing your ideas and your music as a whole. Sometimes I find sitting in myself studio I lose inspiration, so what I do is grab my laptop and headphones and go sit on my sofa in the living room, or a coffee shop and ideas start to flow. That change of surroundings brings new ideas to the table and a new level of creativity, it’s weird, but awesome at the same time.

DJ Times: Speaking of producing, what gear and programs do you use these days?
Conrank: I use Ableton to write, and then I have a bunch of go to synths like on the software side of things I use Serum, and Gladiator the most, and hardware wise I really love my Moog Slim Phatty and my Mother 32, I have other stuff like a Microbrute and a Korg Minilogue, but I don’t turn to them so much. FX wise I like Sausage Fattener a lot, OTT is a staple and UAD SPL Transient Designer is something I use a lot when I’m mixing down.

DJ Times: You recently released your debut album “What’s A FKNG Conrank,” what the process like putting together a 13-track body of work like that?
Conrank: It’s a tough one, but I tried to allow it to come naturally, rather than making a song specifically for the album, I wrote and wrote and wrote without knowing what was going where, as the music builds and builds and the archive expands you really start to get an idea of which songs work together as a body of work, and at that point you can take those demos and really focus on honing them in and perfecting them. The hardest part for me was the skits, haha, trying to write funny stuff was something I hadn’t really done before but i’m really happy about how it came out, I wanted it to really run from start to end as an album that has a story and isn’t just a bunch of random tracks thrown together.

DJ Times: What’s it like being a part of the Circus Records family?
Conrank: I love those guys, they really listen to me and don’t try and be too controlling, and they’re incredibly supportive. I was looking for a label to call home for a long time, not just a label to release an EP or a single then move on, and I really found it with Circus, I couldn’t be happier, they aren’t just a machine churning out robotic music, they are a group of music lovers who really care about the output and it shows.

DJ Times: What can fans expect from Conrank for the remainder of 2019 and beyond?
Conrank: Well, there’s no stopping, i’ll say that, i’ve already got a bunch of new bits in the bag, and I feel more inspired and creative than ever, you have to take that when it’s there, I’m not gonna be like, right I finished an album, time to chill. In fact totally the opposite, it’s time to put the blinders on and power forward. Keep an eye on my socials, lots of exciting stuff coming,.. onwards and upwards! 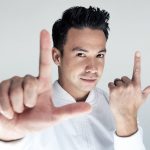 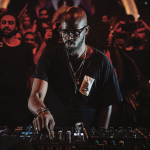