Chandler, Ariz. – Held this past weekend (Sept. 27-28) at the Rawhide Western Town & Event Center, the 3rd annual Goldrush Festival brought plenty of delights to throngs of desert dancers. Produced by Phoenix-based event-promotion company, Relentless Beats, the two-day event showcased stellar local talent as well as some of the world’s best DJ/producers. Here are our highlights:

To everyone’s delight, U.K. DJ/Garuda label maker Gareth Emery brought a blissed-out, powerhouse, trance-heavy set on the Friday-night mainstage. He thrilled with his own tracks (“Mansion 140,” “Lights & Thunder” feat. Krewella, and “Concrete Angel”), threw in some classics (Cascada’s 2007 club hit “Everytime We Touch”), then asks the crowd: “Are you ready for some U.K. Hardcore?” Then he dropped some phat Ben Nicky tracks (“The Donk,” a collab with Callum Higby, and “Like Fire,” a collab with Mashd N Kutcher feat. Luciana). He rounded out the diverse set with a remix of The Killers’ evergreen “Mr. Brightside,” and some tracks the younger festival-goers appreciated – “Gold” (Stupid Love) by Excision & Illenium feat. Shallows. Needless to say, this set hit all the high points. 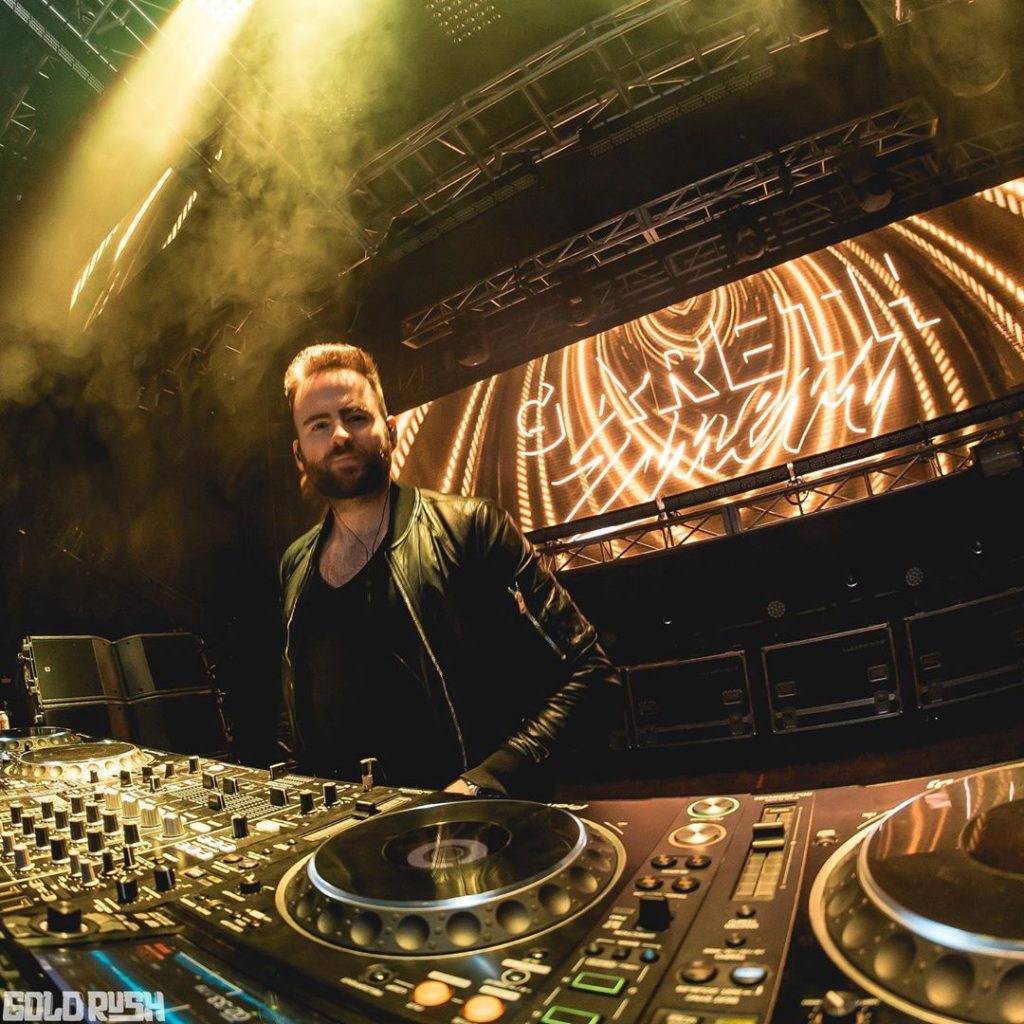 Adventure Club was another highlight. Starting off hard and heavy, the set wound down with several of the group’s own well-known songs, all clearly loved by the late-night, desert crowd. Dubbed the official EDC Anthem of 2015, “Crash 2.0” (Dallas K colab) really connected, and the hits continued with Jauz collab “Frequency” (featuring the vocals of the late Kyle Pavone of We Came As Romans), “Limitless” feat. Delaney Jane, “Gold” feat. Yuna, and their own remix of Flight Facilities’ suggestive “Crave You” – we had a group sing along to that one, before he shut down his set with the bass-heavy dubstep “I Can’t Stop” by Flux Pavilion. And with a cold stop, he was gone. Stellar exit.

The ever-mysterious ZHU crept onto the post-midnight stage to close out the first night. He was flanked by a saxophonist and a guitarist playing in the eerily backlit shadow boxes, and these accompaniments filled out ZHU’s stark, yet robust sound. Coming out swinging, he dropped his own “Nightcrawler,” and the mega-hits “In The Morning” and “Faded.” Impressive.

Dutch talent Oliver Heldens always brings diversity to his sets – he not only highlights his own tracks, but displays a nice blending of genres. This performance highlighted his side project HiLo (“Renegade Mastah”) and his poppier tracks (“Fire In My Soul” feat. Shungudzo, “Turn Me On” feat. Vula, and “Summer Lover” feat. Devin & Nile Rodgers). He also dropped a killer mashup (“Chocolate Puma & Hi Lo vs. The Weeknd vs Wicked Games”) and what can now be considered his classics (“Gecko,” “Melody,” “Bunnydance,” “You Know” with Zeds Dead, and “This” with Sander van Doorn). At the ripe, old age of 24, Heldens has become a seasoned festival veteran. 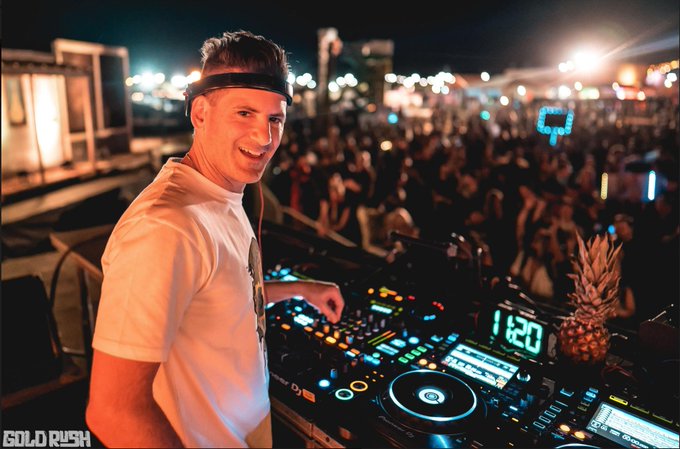 There was also a noticeable outpouring of crowd appreciation from the artists – DJ Diesel (aka Shaquille O’Neal) threw down with a hard set of crowd favorites, and then climbed down into the masses to mingle and party with his fans. Similarly, on the house-flavored stage, the much-loved Destructo (aka Gary Richards) threw down with a dark house set, during which he mingled with the dancing crowd – much to everyone’s appreciation and excitement. 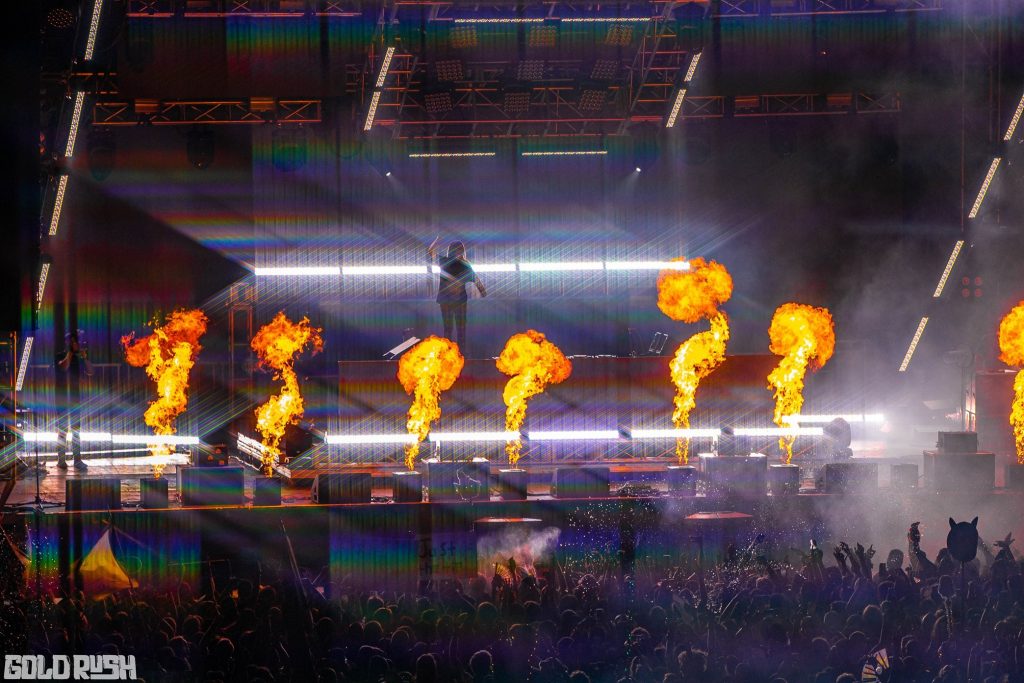 Show-stopping headliner, Australian DJ/producer Alison Wonderland, drew notice when she dropped her sultry bomb, “I Want U.” She also let us know that we were celebrating her birthday with her, which, of course, made the night even more special. Known for her dark and sexy tracks, she didn’t disappoint, playing well-loved favorites like “I Want You (Ganz Flip),” “U Don’t Know,” and “Run.” It was a simply perfect way to finish.

Goldrush, thank you for another year of bliss and delights – 2020 awaits. 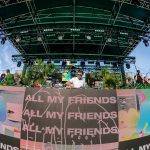 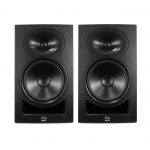