Mark Haggerty was scheduled to do a wedding on Oct. 24th in the Sonoma County suburbs of Healdsburg / Geyserville. But a fire that began the day before, the Kincade fire, changed everyone’s plans. The venue was right in the evacuation area, and the wedding moved to the Westin St. Francis Hotel on Union Square in San Francisco.

“From the window of the hotel I could see the haze in the distance from the fire,” said Haggerty of Denon & Doyle Entertainment. The fire threatened over 90,000 structures and caused widespread evacuations throughout Sonoma County.

“The stress the couple were under to pull this off was nothing short of a miracle. They even used the same caterer and food from the wine country, desserts from Healdsburg, the florist and all other vendors. The Westin was wonderful to allow them to bring in a caterer to a union hotel. They still supplied servers and bartenders.”

The wedding went off fine, but the Northern California area will never be the same. There is a “new normal” being felt by event producers, DJs — and brides.

“This year, Pacific Gas & Electric has been shutting off power at many of our venues when the winds pick up,” said Haggerty. “We are very dry out here and any spark can cause a major fire.”

Most of the fires are the result of winds that break tree branches, which break power lines. “We had to stock up on generators because our venues are freaking out over the threats of power outages,” said Jody Amos of Amos Productions in Livermore, Ca. “We can power DJs but not their kitchens.”

Amos describes the “red skies,” and residents that “had to wear masks, like doomsday,” during last year’s fires. “The threats are still there,” he said. “We get automated text messages saying we should plan for power outages.”

Said Haggerty: “We live near areas where houses have been built into the areas of scrub oak, pines, redwood, so there has been concern that when the dry winds hit in the fall, the same thing could happen here.”

Haggerty said that in 2017, two DJs working for Joe Hernandez at nearby AMS Entertainment lost their homes. One is still waiting to rebuild since the insurance is not covering his loss. There were a lot more cancelled events that year.

“This year, we’re more prepared, but if your venue is in an evacuation area, the event cancels, even if it doesn’t burn,” said Haggerty. “The National Guard has the roads blocked, not to mention smoke being a problem.”

This year, venues, many of which are either wineries or country clubs, are more cautious and are buying generators. “They are booking fewer events in October, roughly half of what it used to be,” said Haggerty.

Two years ago, one of Denon & Doyle’s DJs was at the Fountain Grove Inn in Santa Rosa. He got a room at the inn since he had back-to-back events in the area for a celebrity golf event that weekend. He was almost asleep late that night when he heard a commotion and got up, looked out his door to the hallway and saw the fire in the distance, two miles away. He had just enough time to scoop up his belongings and get in the car. In that short amount of time the fire was now a block away. As he was driving away from the hotel, there was fire on both sides of the road.

“This is the new normal,” said Haggerty. “There is a lot of wildlands north of San Francisco and the past years of drought and then heavy rain has made conditions dangerous. It’s November 20th and still no rain.” 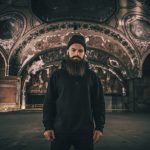 Will Clarke Launches New Label, “All We Have Is Now” 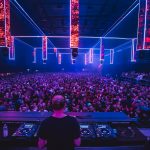