After much anticipation surrounding the release of their collaboration with Nucleya, “Good On You,” Krewella has decided to up the ante with a colossal announcement of their own.

Their latest ethnically-charged anthem is an infectious gem that packs quite the punch and serves as the latest single off their forthcoming album!

Yes, you read that correctly. “Good On You” is the newest offering off their sophomore album, zer0, which is set to be released on January 31st.

This release will serve as the beginning of the latest chapter of their careers with Krewella‘s upcoming body of work being an emotionally-driven, heavily internationally influenced rollercoaster ride.

Take a peek at the Krewella‘s official reveal in addition to their new single below.

feels unreal to announce this officially but our sophomore album "zer0" is coming out on Jan 31😭we tapped into some deeper emotional & cultural layers & grew closer in the process— we're so excited to share the journey with our krew ❤️ CLICK TO PRESAVE🎶 https://t.co/BsJMAcWuc3 pic.twitter.com/I3AB18HowZ 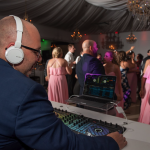 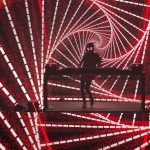 REZZ Joins Forces With Yultron To Create “Hell on Earth”