Last month, Will Clarke had announced he would be launching his own label, “All We Have Is Now,” in addition to going on tour, delivering open-to-close sets across North America.

While these are both kicking off in 2020, the Bristol-born will be closing out the year in La Santa in Santa Ana, California on New Year’s Eve. (For tickets, click here.)

With open-to-close sets being no easy task even for the most experienced DJs out there, Will Clarke has taken the time to share his tips for extended set success as he prepare to embark on this latest tour.

Check out his complete list below just under his new Love Somebody EP with Huxley which dropped today.

1) Imagine You Are The Resident DJ – This is something that I believe we have lost in a lot of clubs these days. A good resident that knows exactly how to work the crowd at any given moment in their club and can also build the night perfectly for the headliner. So what I mean by this is not to spunk all your “bangers” in the first 2 hours; build the night nicely, starting slow and eclectic, sometimes not always 4/4 beats, maybe play some ambient. Give the crowd that has gotten there early something special that they will never expect, respect that nobody wants to walk into a club at doors open and hear banging techno at 135bpm, or hear the latest Beatport #1.

2) Balance out on the fluids – Remember you are going to be behind the decks for about 5-8 hours, don’t go drinking all your rider in the first hour because you will be pissing left right and centre, nobody wants to see the DJ booth empty while you’re in the loo.

3) Be physically & mentally prepared – Although it seems like an easy job to just stand up and play records, there is a lot of thought that goes into each record and doing that for long periods of time while also interacting with the crowd can get pretty exhausting. For me, I try to get as much sleep as I can beforehand and eat a healthy meal before the party (no fast food shit that makes you feel awful). Also, get some exercise in and get the blood going around the body.

4) Music Prep – I personally am not one for prepping sets however for long sets like these I will generally have my first 2 hours planned out. By planning out I mean, I would’ve listened and bought a shed load of new music that would probably last about 4 hours, then listen to that so I know it pretty well. Organize it in to “hour 1, hour 2” folders then be able to go into the club knowing roughly what I’m going to be playing. After 2 hours have been played out I am usually ready to go and warmed up, also hoping that the crowd is too.

5) Don’t Take Yourself Too Seriously – Ok so this is a big one for me, yes its cool that you are doing a long-ass set, however, give the people what they want. Throw in some curveballs that you wouldn’t usually get to play, drop that huge techno record you could never fit into your shorter sets, play drum n bass for 30 mins. Enjoy yourself, however, read the crowd and make sure they are enjoying themselves too.

See you all very soon at a club near you in North America, visit allwehaveisnow.co.uk for full tour and tickets. 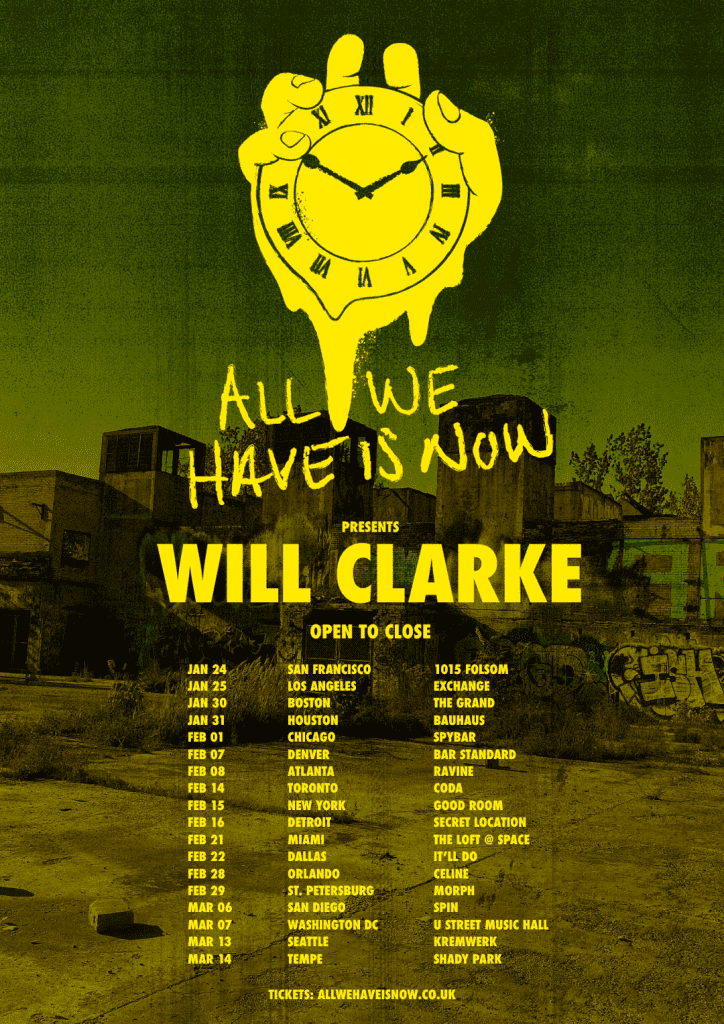 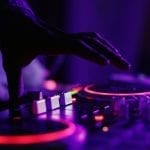 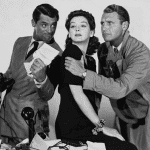