Las Vegas – It’s an afternoon Elrow Party at Sin City’s Encore Beach Club. Fisher’s finishing up his set, but still blasting the last beats of his extremo party music. Cartoonish characters flit and prance about, thrusting provocative signs and totems. Inside and out, the sozzled day partiers aren’t dancing as much as they’re swaying, often a beat behind.

Hidden behind his big-beaked, golden mask, Claptone waits near the DJ booth, adjusting his white gloves. Soon, he’ll be on the decks and the room will undergo a subtle transformation. When he drops a warm bassline with a singular kick drum, the frantic, sloppy vibe halts for an instant and quickly morphs back to a solid groove. Hips start shaking right on rhythm, hands shoot into the air. The adults have re-entered the room, it seems, and it feels good.

Cut to the very next Saturday, nine time zones away at Amsterdam Dance Event… a very different party. Held in a 2,000-capacity, warehouse-like venue in a suburban shopping mall (called the World Fashion Centre), The Masquerade, Claptone’s branded event, is going off late into the night.

With its decidedly deep and housey lineup, which includes Todd Terry and Purple Disco Machine, and a clued-in, genre-loving crowd that’s all-in from the jump, this Masquerade celebrates the fusion of disco, funk and house music. After Terry and PDM deliver a slew of club and disco classics (Daft Punk, Chic, Bee Gees, etc.), Claptone takes over with a set of his own bombs – the throbbing “No Eyes,” the hooky “In the Night,” and the piano-driven “Under the Moon,” plus some choice classics like Laid Back’s “White Horse.” The Amsterdam clubbers, many bedecked in Claptone masks, gleefully take the wild ride into the early morning.

It’s all in keeping with the established genre star that Claptone has become – a DJ/artist who can communicate a genuine, old-school, deep-house ethos to a modern generation of clubbers and festival-goers, no matter the venue. Along with his two superb albums (2015’s Charmer and 2018’s Fantast), scores of tasty remixes (like his recent take on Michael Kiwanuka’s breezy “You Ain’t the Problem”) and his wildly popular Clapcast (now with more than 230 entries), Claptone maintains a profile that few house acts can match. In fact, he’s one of the very few modern DJs who can transcend generations. His outfit may connect with youthful cosplayers, but there’s nothing gimmicky about the music – it’s quality all the way.

Before the Amsterdam gig, we sat backstage with the mysterious German DJ/producer – yup, he wore the mask for the interview – to discuss the facets of his career. While there’s been plenty of online discussion about the possibility of two Claptone characters playing gigs around the world – sort of like a Blue Man Group of house music – we didn’t bother with that notion too much in our conversation. Talking music was enough.

DJ Times: OK, can you explain the whole Claptone concept – the performance, the music, the whole persona.
Claptone: Claptone is basically me and the music is the music I wanna make. It’s not much to explain. I think it’s more to find out… like people have to just enter my realm. Come to a gig or listen to my music on Spotify or wherever and find out more about Claptone and be intrigued.

DJ Times: There’s also a certain mystery to it, obviously, and people buy into that. Why do you think it works so well for you?
Claptone: I think because the music’s good. For one, the music that I produce touches people’s hearts and emotions. It means something to them. Secondly, when they come to my gigs, they can expect a great party wherever I play and have a good time – and they appreciate that.

DJ Times: Why do you think this generation of dance-music fans likes to buy into the idea of a character playing for them?
Claptone: It’s all a bit meta. For me, I just feel people love a story, and that hasn’t changed over the centuries. They love myth. They love to be intrigued. They love to enter into a different world. Yeah, that’s intriguing, basically. So, it’s not a new phenomenon. Maybe it’s a new phenomenon when you look at it in terms of entertainment or something. But, yeah, I think it’s a step towards entertainment, and the critics might say it’s away from music, right?

DJ Times: Also, the younger crowd doesn’t really have a problem with avatars when it comes to video games, when it comes to forums, things like that. It isn’t something that repels them initially… whereas some of the older folks may have an issue with it.
Claptone: You might think so, and you may be right on that. But I feel the whole avatar thing gives them a lot of freedom. Like, people can be different, and other people can put on different masks and live in different worlds that may collide in the real world, but they can bring that together and create their own identity… over different dimensions, basically. And that is great. On the other hand, I would beg to differ when it comes to Claptone. I have a lot of older friends who just enjoy good house music and they know I know the roots about house music. I bring it together with new stuff with everything out of hip hop, rock, pop, and I just give them a great party.

DJ Times: When Daft Punk first came out, they said that they wore the helmets because they wanted the music to take precedence over the personality. Was that a notion that intrigued you at all?
Claptone: It’s a part of it. But I think since David Bowie, the whole idea of authenticity in pop music should have changed, even the older people that are in the game for longer. They should have understood that it’s about playing with identities, and that is a big factor in music and pop – that you can reinvent yourself from album to album, bring different facets to your universe and your story. From album to album, you can change… be a different character.

DJ Times: Worked for him, but it doesn’t always work for everybody…
Claptone: Bowie was the first one doing that on a global scale and very successfully. But a lot of people followed, and why not play with identities? Because it’s fun, and you can. Musicians also don’t want to be stuck with just one sound or one kind of music. Musically, sonically, you don’t want to repeat yourself too much. You want to create your freedom zones your own way. Inventing different identities or playing around with your identity or extending your vision of your identity helps.

DJ Times: Sure, Bowie is a perfect analogy. He not only had different personas, he also had different sounds and different approaches. And it does give you a little more artistic freedom, perhaps.
Claptone: Exactly. That’s what I also try to do with Claptone. You can listen to the albums, but you don’t know what to expect when you go to DJ gig. They’re completely different worlds, but it’s connected. If people follow everything, they understand the connection points and they understand that “oh, this is more of a banging club remix of that album track.” But when they listen to the album, there might even be a ballad on the album.

DJ Times: Can the costumes and masks go too far sometimes with some of the artists? Did you ever have a moment where you thought this is getting to be too much?
Claptone: Funny enough, I had a moment, but I’m not the guy that measures those things, right? [laughs] So, when Marshmello came up, I thought, like… that’s ridiculous. But, if I think that’s ridiculous, it’s probably successful. It doesn’t mean that it is ridiculous. It’s just it just means my limits are tested, and it’s never bad if one’s limits are tested, right? So, my limits got tested when he went on and he showed me otherwise. He showed that it’s relevant to put on the Marshmello head, obviously, for a lot of people and make the music he makes.

DJ Times: I was at the Elrow party in Vegas and I’ve also attended a couple of your Masquerade parties. These days, the big, branded parties seem to bring the festival vibe to the club. What was your idea behind The Masquerade?
Claptone: The good thing about Claptone is everything originates from the mask. So, if you do your own event, it’s just at hand that you call it The Masquerade and have people try out masks, because in everyday life they’re just that person and they can’t escape to be that person. Most of the times, they’re on the job or in family circumstances, so just give him give him a room or a time where they can be somebody else – put on the mask.

DJ Times: And there’s plenty of them out there tonight, I can tell you.
Claptone: Yeah, exactly – that was the idea. First, have them wear the mask, experience what it is to wear a mask and be somebody else. Secondly, add something to the sonic sense. Give them some visual ideas, and add some performers or some dancers that look otherworldly and weird and beautiful and something you haven’t maybe seen before. At Pacha in Ibiza, we had aerials. In London, we had fire-breathers. Tonight, we have fire breathers. Give people different things that they don’t see every day, together with music and give them like a conclusive idea of what The Masquerade can be. 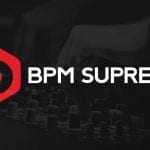 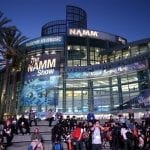