At first glance, we’re tempted to say that with the Pioneer DJM-V10, the DJ market-leader simply released a mixer that nobody asked for.

At $3,200 list, this mixer is not for the majority of jocks. There are more buttons and knobs, channels (six!) and routing options than the average DJ will ever use. 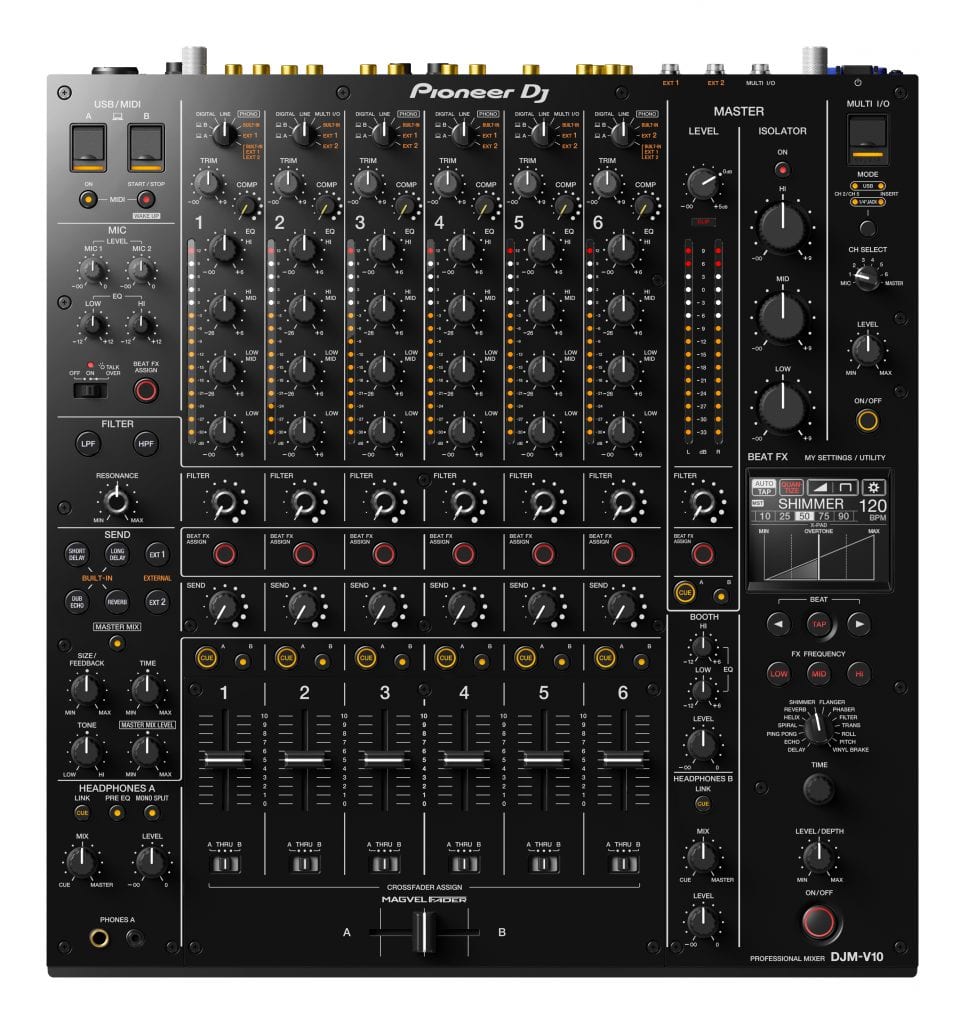 But this mixer has a lot to offer some DJs and judging from initial reactions, it’ll find its fans — heck, it’s Pioneer, and they have fans!

It also represents a shrewd calculation by Pioneer regarding the future of DJing — more on that later.

Let’s dive in and take a look at some of the features:

The Pioneer DJM-V10 is a 6 channel mixer — 2 more channels than you usually find on pro-grade mixers. There’s a 4 band EQ on every channel and the filters are now separated from the sweep effects and are controlled with their own knob with their own adjustment. This resembles the highly praised Xone filters with the ability to quickly engage either high or low pass filter and adjust the resonance.

On top of every channel, next to trim, there’s now a compressor. This is great for drum machines, samplers, instruments, and it’s also great for adding volume to and normalizing older recordings with varying quality to match more modern mastering.

Pioneers’ previous Sound Color effects have been revisited, are now labeled as Send Effects and can be tweaked in new exciting ways. Noise and crush are now replaced with reverb and delay style effects and as an addition, you can send your sound to external units from here. This is great news for DJs who use external effect units like delays and guitar pedals. 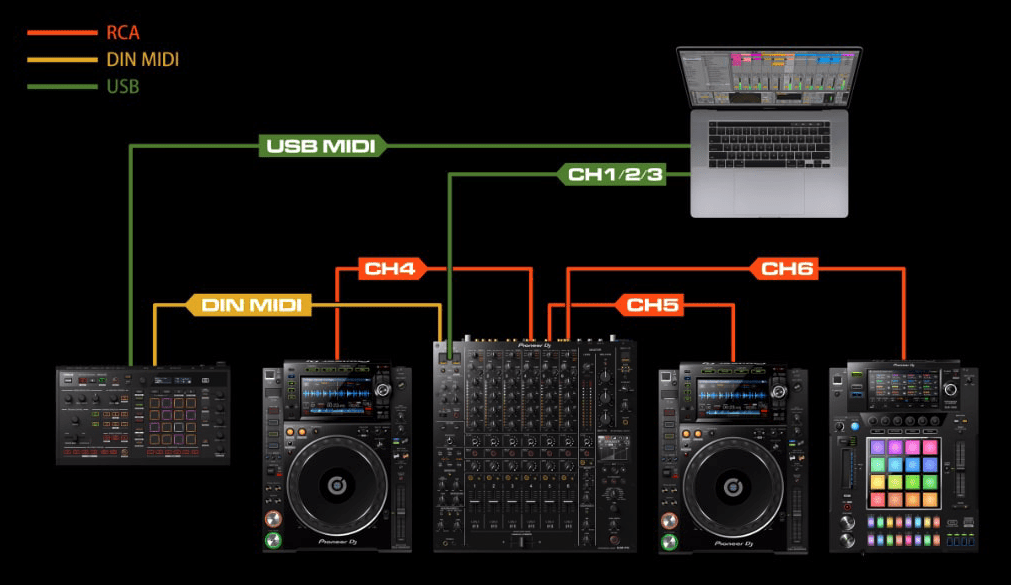 And that’s not the end of it. The return signal from any send effect can be routed back to a different channel on the mixer to be further tweaked — good for producer DJs looking for full control over their sound.

As for the Beat Effects, DJM-V10 has 14 effects — delay, echo, spiral, helix, etc — in a layout similar to other Pioneer mixers, but are now equipped with a bigger touch screen. The screen is plastic and we wish it were made of glass, but since it offers high functionality we can’t really complain. Fader curve control, quantize, talk over, and utility settings have been moved to be adjusted through the screen too.

There are two separate cue outputs that can be engaged independently, which allows for seamless and easy B2B sets. Cueing can be switched between mix/master and now can be switched to pre-EQ to hear the tracks in full range no matter how the EQ on the mixer is set.

The master output has its own big 3 band isolator/equalizer that looks inviting to play with. Similar 3 band EQ on the master was previously seen on the DJM 1000 and Pioneer claims to have tweaked it to accommodate more modern sound. This is added for creativity purposes and can also be used to compensate for inferior sound systems in one way or another.

EQing can also be done to booth-output, as it also has a separate adjust for highs and lows; In a loud club environment it can be nice to have an option to tweak the booth output without affecting the overall sound and your ears will thank you for it in the long run.

Looking at the back of the mixer we see all the connectivity you might expect to find in a mixer in this league. From left to right you have:

On the top left corner of the mixer, there are 2 USB ports to connect 2 computers to allow for easier B2B playback too. As of right now, DJM-V10 supports DVS for Rekordbox, Serato DJ Pro and TRAKTOR PRO 3.

At around $3,200, this mixer is for DJ/producers, DJ duos, anyone who is serious about playing with more than two standard decks and wants to integrate other instruments, samplers and drum machines in their setup.

And that gets us to Pioneer’s calculation. Long the standard in clubs, Pioneer recognized they were lacking product for tech-house and techno DJs who are bringing in external gear to sculpt their own sound — a market tapped by the Allen & Heath Xone:96 and Model 1. With streaming becoming a more ubiquitous feature of DJ gear, allowing more DJs access to the same music, and with the inevitability of better WiFi, the future of DJing belongs to those who can differentiate themselves artistically. Pioneer seems to be banking that the DJM-V10 will be one of their instruments.

Pioneer recognized they were lacking product for club DJs who are bringing in external gear to sculpt their own sound.

But some mobile DJs will find the DJM V10’s 6 channels useful too. “I find this to be real handy,” said Del Gado Jr, owner of Maui Wedding DJ in Hawaii. “We do a lot of B2B sets at our events and this cuts out an external mixer.”

As for club owners, it’s not uncommon for a venue to be set up with 3 CDJs and 2 turntables. Then if the DJ wants to use a mic or an additional instrument (drum machine, keyboard, synth, FX pedal), there’s the last channel.

The word on the street about the DMJ-V10
Claude VonStroke’s favorite 5 features (via Twitter):

1. “Booth EQ! No more terrible monitors blowing up my ears on the treble. I just got 5 more years on my DJ career!”

2. “Sweet sounding dedicated filters more like Xone filter and adjustable now on its own signal path.”

3. “Dual headphone ports so you can control your own volume on those long B2B sets where the other guy likes the cue volume different than you.”

Q: Who is out there using 6 channels on a set?

London-based DJ Mel says “Remember those days when Pioneer broke into the DJ market with the DJM500? All you would hear is the flanger effect for pretty much half of everyone’s set.” 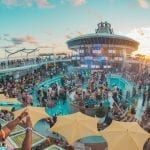 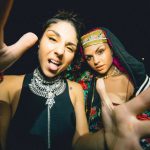